William Strickland, the Man Who Introduced Turkeys to England

Posted on November 21, 2018 by reginajeffers

Tomorrow in the U.S., we will be all about the turkey and fixings and football and preparing for Black Friday sales, but in the U.K., turkeys are a more traditional dish for Christmas. Why might you ask? We can blame that particular fact on one William Strickland, a 16th Century navigator and explorer, who supposed, in 1596, brought turkeys back to his home in Yorkshire from America.

The coat of arms of the Strickland family of Gilsland is Sable three escalopes argent, meaning “three silver scallops on a black field”. https://en.wikipedia.org/wiki/Strickland_(surname)#/media/File:Strickland_of_Westmorland_arms.svg

Strickland was an English landowner, who reportedly sailed on early voyages to the Americas. In later life, he was an important Puritan Member of Parliament. The son of Roger Strickland of Marske, a Yorkshire gentleman and a member of the Stricklands of Sizergh faction of the family tree. The English surname Strickland is derived from the place-name Stercaland, of Old Norse origins, which is found in Westmorland to the south of Penrith. It has been used as a family name at least since the late 12th century, when Walter of Castlecarrock married Christian of Leteham, an heiress to the landed estate that covered the area where the villages of Great Strickland and Little Strickland are now. [ Peach, Howard (2001) Curious Tales of Old East Yorkshire, p. 53. Sigma Leisure. Includes illustrations of Strickland’s coat of arms and the lectern.]

Strickland sailed with one of Sebastian Cabot’s [Son of the Italian explore John Cabot, Sebastian Cabot conducted his own voyages of discovery, seeking the Northwest Passage through North America for England. He later sailed for Spain, traveling to South America, where he explored the Rio de la Plata and established two new forts.] lieutenants. Strickland is credited with introducing England to the turkey. When Strickland was presented a coat of arms in 1550, it included a “turkey-cock in his pride proper” upon it. The official recording of the crest in the archives of the College of Arms is thought to be the oldest surviving drawing of a turkey in Europe.

Supposedly, Strickland bargained for six turkeys by trading with Native Americans on his 1526 voyage. He brought them back and sold them in Bristol’s market for tuppence each. 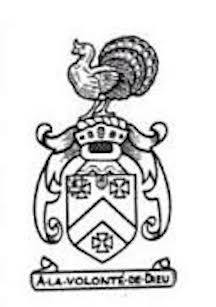 With the proceeds from his many voyages, Strickland purchased estates at Wintringham and at Boynton in the East Riding region of Yorkshire. He lived out the remainder of his days at Place Newton, the Wintringham property and is buried there, but he had the Norman manor at Boynton rebuilt as Boynton Hall. His descendants have resided there for centuries.  The church at Boynton is liberally decorated with the family’s turkey crest, most notably in the form of a probably-unique lecturn (a 20th-century creation) carved in the form of a turkey rather than the conventional eagle, the bible supported by its outspread tail feathers. The village church, in which William Strickland is buried, is adorned with images of turkeys. It has stone sculptures on the walls, stained-glass windows and a carved lectern. 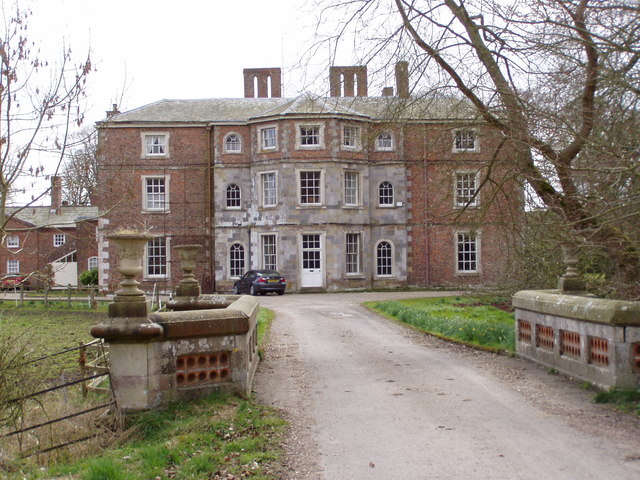 Although Sir William Strickland felt deeply honored that Edward VI allowed him to include turkeys on his coat of arms as a mark of his pioneering role in facilitating their importation, the ‘elite’ quality of turkey meat was impossible to preserve. Everyone wanted it. In 1560 laws had to be passed to prevent turkeys bred for slaughter from being allowed to roam through the streets of London and it was amid such turkey-based chaos that the bird began to emerge as an ‘aspirational’ staple of the Christmas dinner table.

According to Wikipedia, “In 1558, Strickland was elected to the Parliament of England as the Member of Parliament (MP) for Scarborough, and seems to have proved an able and eloquent advocate of the Puritan cause, earning such nicknames as “Strickland the Stinger” from his political opponents, though the anonymous author of the Simonds d’Ewes diaries described him sardonically as “One Mr Strickland, a grave and ancient man of great zeal, and perhaps (as he himself thought) not unlearned”.

“Strickland does not seem to have been particularly prominent in his first two parliaments, but came to the forefront in the parliament that met in 1571, in which the Puritan faction was stronger than previously. This time he found himself at the centre of a constitutional crisis, one of Parliament’s earliest assertions of its privilege to conduct its proceedings without royal interference with its members.

“Strickland spoke on both the first two days of the session, 6 April 1571 and 7 April 1571; on the second of these he put forward a motion to reintroduce six bills to reform the Book of Common Prayer, which had been defeated in the previous parliament; the Speaker allowed the bills to be read, but the Queen had previously directed that Parliament should not debate such matters, and this earned the house a royal reprimand. Then on the last day before the Easter recess, 14 April 1571, Strickland introduced his own bill to reform the prayer book – among other measures it proposed to abolish confirmation, prevent priests from wearing vestments and the end of the practice of kneeling at the Communion. The bill was given a first reading against the vigorous opposition of the Privy Counsellors present, but after further argument the House voted to petition the Queen for permission to continue discussing the bill before any further action was taken, and the House adjourned.”

Eventually summoned before the Privy Council, Strickland was forbidden to resume his seat in Parliament. Some reports of his imprisonment exist and some say rumors existed of his being brought up on charges of heresy. The members disapproved of Strickland’s removal unless by order of the House itself. Heated debates followed on how Strickland should be treated. The following day, Strickland was permitted by the Privy Council to return to his position, where he was promptly nominated to one of the committees. He was not reelected in 1572, but again knew success as MP for Scarborough in 1584.

Other Articles of Interest Related to Strickland’s Tale

BBC News: William Strickland, the Man Who Gave Us the Turkey Dinner

Christmas in Yorkshire: I’m From Yorkshire

History Today: The Rise of the Turkey

The Telegraph : Are These Bones the Remains of England’s First Turkey Dinner?

4 Responses to William Strickland, the Man Who Introduced Turkeys to England