Posted on November 5, 2018 by reginajeffers

Although they are not held as a single collection, the Paston Letters provide insight into 15th Century life, which no other set of documents can. They are a record of a family’s correspondence, from different members of the Paston family, their staff, and their acquaintances, written between the years 1422 and 1509. The collection of over 1000 letters also includes some important documents and state papers of the time.

The Pastons rose from humble peasants to landowning aristocrats over two generations. Clement Paston was a yeoman farmer in the village of Paston, Norfolk. During the time of the Black Death and the War of the Roses, Clement quietly annexed the land of those who died. He used the women he acquired to educate his son William as a man reading the law. The feudal system was quickly disintegrating at the time, and those who ruled by law, rather than force, knew success.

William became a highly respected judge, and he made an advantageous marriage in the form of Agnes Berry, an heiress, who marriage settlements included more land and the beautiful manor of Oxnead in Norfolk. 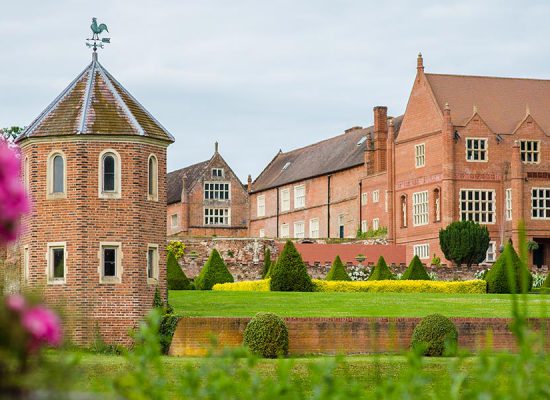 Falstolf was an English knight in the Hundred Years’ War. He was reportedly the prototype of Shakespeare’s character of Sir John Falstaff. He married the 41-year-old Millicent Tibetot, heiress of Robert, Lord Tiptoft and widow of Sir Stephen Scrope. She owned estates at Castle Combe in Wiltshire, Oxenton in Gloucestershire and in Yorkshire. He gave her half of the moneys he earned from the estates after their marriage, but held the estates for himself, eliminating her son Stephen’s claims to his father’s properties. Fastolf, like other English soldiers, profited from the wars in France by obtaining lands in the conquered territories. Fastolf made large sums of money in France, which he managed to transfer back to England and invest in land and property. At the time, his reputation was mixed. One servant wrote of him: “cruel and vengible he hath been ever, and for the most part without pity and mercy” (Paston Letters, i. 389); and this remark has become famous because it was recorded in the letter. Besides his share in his wife’s property he had large estates in Norfolk and Suffolk, a house at Southwark in London and where he also owned the Boar’s Head Inn.

John Paston somehow ended up as Falstolf’s beneficiary, inheriting all of Falstolf’s estates, including the castle at Caister. Naturally, Falstolf’s relations were not happy with this outcome. The dispute that forms the bulk of the dispute, especially over the Caister Castle, is covered in the Paston Letters. They were written by the two sons of John Paston Senior, who assumed control of the Castle when their father died. Many of the letters are between the sons and their mother, Margaret, who was living at Oxnead. You will note above that John and Margaret had two sons named “John,” Elder and Younger. 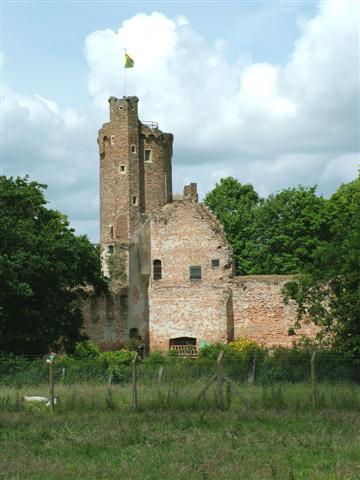 Unfortunately, Thomas Mowbray, the Duke of Norfolk, a distant relation of Falstolf, took advantage of the lawless state of England at the time, seized Casiter by force. Even so, his force of 3000 men took a year before they were successful. The Pastons, though, were not without means of sweet revenge. After all, they were a family of lawyers. They dragged the Duke of Norfolk through the court systems for nearly eleven years in an effort to recover Caister Castle. The Pastons even fought against Norfolk on the side of Henry VI at the Battle of Barnet in 1471. When Norfolk finally passed in 1476, John the Elder requested the return of the castle from Henry VI, who granted it to his supporters.

The King’s agreement moved the Pastons from yeomanry to being some of the courtiers in a manner of three generations. They ruled at Caister for 200 years, eventually becoming the Earls of Yarmouth. The castle was sold in the 17th Century to pay the debts of a desolate descendant and eventually fell into ruin.

Luminarium explains how the letters moved from one source to another and how they were located in different places. “The bulk of the letters and papers were sold by William Paston, 2nd Earl of Yarmouth, the last representative of the family, to the antiquary Peter Le Neve early in the 18th century. On Le Neve’s death in 1729 they came into the possession of Thomas Martin of Palgrave, who married his widow; and upon Martin’s death in 1771 they were purchased by John Worth, a chemist at Diss, whose executors sold them three years later to John Fenn of East Dereham. In 1787 Fenn published a selection of the letters in two volumes, and general interest was aroused by this publication. In 1789 Fenn published two other volumes of letters, and when he died in 1794 he had prepared for the press a fifth volume, which was published in 1823 by his nephew, Serjeant Frere. In 1787 Fenn had received a knighthood, and on this occasion, the 23rd of May, he had presented the originals of his first two volumes to King George III. These manuscripts soon disappeared, and the same fate attended the originals of the three other volumes.”

“In these circumstances it is not surprising that some doubt should have been cast upon the authenticity of the letters. In 1865 their genuineness was impugned by Herman Merivale in the Fortnightly Review; but it was vindicated on grounds of internal evidence by James Gairdner in the same periodical; and within a year Gairdner’s contention was established by the discovery of the originals of Fenn’s fifth volume, together with other letters and papers, by Serjeant Frere’s son, Philip Frere, in his house at Dungate, Cambridgeshire. Ten years later the originals of Fenn’s third and fourth volumes, with ninety-five unpublished letters, were found at Roydon Hall, Norfolk, the seat of George Frere, the head of the Frere family; and finally in 1889 the originals of the two remaining volumes were discovered at Orwell Park, Ipswich, the residence of Captain E. G. Pretyman. This latter batch of papers are the letters which were presented to George III, and which possibly reached Orwell through Sir George Pretyman Tomline (1750-1827), the tutor and friend of William Pitt.

“The papers which had been in the hands of Sir John Fenn did not, however, comprise the whole of the Paston letters which were extant. When the 2nd Earl of Yarmouth died in 1732 other letters and documents relating to the Pastons were found at his seat, Oxnead Hall, and some of these came into the hands of the Rev. Francis Blomefield, who failed to carry out a plan to unite his collection with that of Martin. This section of the letters was scattered in various directions, part being acquired by the antiquary John Ives. The bulk of the Paston letters and documents are now in the British Museum; but others are at Orwell Park; in the Bodleian Library, Oxford; at Magdalen College, Oxford; and a few at Pembroke College, Cambridge.

“Fenn’s edition of the Paston Letters held the field until 1872, when James Gairdner published the first volume of a new edition. Taking Fenn’s work as a basis, the aim of the new editor was to include all the letters which had come to light since this publication, and in his careful and accurate work in three volumes (London, 1872-1875) he printed over four hundred letters for the first time. Gairdner’s edition, with notes and index, also contained a valuable introduction to each volume, including a survey of the reign of Henry VI; and he was just completing his task when the discovery of 1875 was made at Roydon. An appendix gave particulars of this discovery, and the unpublished letters were printed as a supplement to subsequent editions. In 1904 a new and complete edition of the Paston Letters was edited by Gairdner, and these six volumes, containing 1088 letters and papers, possess a very valuable introduction, which is the chief authority on the subject.”

The perturbed state of affairs revealed by the Paston Letters reflects the general condition of England during the period. It was a time of trouble. The weakness of the government had disorganized every branch of the administration; the succession to the crown itself was contested; the great nobles lived in a state of civil war; and the prevailing discontent found expression in the rising of Jack Cade and in the War of the Roses. The correspondence reveals the Pastons in a great variety of relations to their neighbors, friendly or hostile; and abounds with illustrations of the course of public events, as well as of the manners and morals of the time. Nothing is more remarkable than the habitual acquaintance of educated persons, both men and women, with the law, which was evidently indispensable to persons of substance.