Edward Oxford, the First to Attempt to Assassinate Queen Victoria

Posted on October 1, 2018 by reginajeffers

There was a total of eight attempts to assassinate Great Britain’s Queen Victoria. The first came at the hands of Edward Oxford, a man who was considered to be a half-wit. On 10 June 1840, Prince Albert and Queen Victoria had called upon her mother, the Duchess of Kent. They were in a low carriage making their way along London’s Constitution Hill when the attack occurred.

Edward Oxford shooting at Queen Victoria, June 10, 1840; the Queen and Prince Consort driving in a phaeton with four horses towards Constitution Hill; Oxford standing in front of the Green Park railings pointing a pistol in an attempt to assassinate the Queen, while a policeman runs towards him, one of the Queen’s attendants on horse at left. By G. H> Miles, 1840, British Museum. Watercolour, strengthened with gum This image is either reversed horizontally or inaccurate, as the carriage had the railings of the park on its right at the time of the attempt. ~ public domain ~ G. H.Miles (Life time: 1840) – Original publication: June-Dec, 1840 Immediate source: British Museum ~ https://en.wikipedia.org/wiki/Edward_Oxford#/media/File:Edward_Oxford%27s_ assassination_attempt_on_Queen_Victoria,_ G.H.Miles,_watercolor,_1840.jpg

Born in 1822, Edward Oxford was the third of seven children. His father, George Oxford, made his living as a gold chaser, [While repoussé is used to work on the reverse of the metal to form a raised design on the front, chasing is used to refine the design on the front of the work by sinking the metal.] After attending school, Edward worked in a bar owned by his aunt and was later employed as a pot boy in other public houses. At the time of the attack he was barely eighteen years old, unemployed and living with his mother and sister in lodgings in Camberwell, having recently quit his job at the Hog-in-the-Pound in Oxford Street. Since his mother had returned to Birmingham on a regular trip to see family over a month before, Oxford was, in effect, living alone at the time of the event. [Edward Oxford]

It turned out that Oxford’s attempt was not a spur-of-the-moment lark. He had purchased two guns and a gunpowder flask the week prior to the attempt. He had even practiced shooting the weapons in a variety of shooting galleries. He purchased 50 copper percussion caps from a former classmate named Gray and asked where he might purchase gunpowder and bullets. Gray sold Oxford the gunpowder and recommended another establishment for the bullets. [The Newgate Calendar: Edward Oxford]

As the Queen, who was four months pregnant at the time, and Prince Albert had developed a habit of riding about in a phaeton in the late afternoon and early evening, and without proper protection from dissidents, and the like, it was not difficult to know something of their route on this particular evening. Oxford simply waited for their return from the Duchess’s residence. He fired both pistols, thankfully missing both times. He was immediately seized on by onlookers and taken into custody. Oxford openly declared: “It was I, it was me that did it.” [Edward Oxford]

In a letter from Prince Albert to his brother, Prince Ernest of Saxe-Coburg, Albert explains what happened:

12 June 1840: I saw a most disagreeable looking man leaning against the rail of Green Park only six paces from us, holding something toward us. Before I could see what it was, a shot cracked out. It was so dreadfully loud that we were both quite stunned. Victoria, who had been looking to the left, towards a rider, did not know the cause of the noise. My first thought was that, in her present state, the fright might harm her. I put both arms around her and asked her how she felt, but she only laughed. Then I turned round to look at the man (the horses were frightened and the carriage stopped). The man stood there in a theatrical position, a pistol in each hand. It seemed ridiculous. Suddenly he stooped, put a pistol on his arm, aimed at us and fired, the bullet must have gone over our heads judging by the hole made where it hit the garden wall. [Raymond Lamont-Brown, How Fat Was Henry VIII, The History Press, ©2008, page 147]

When the authorities searched his room, after Oxford’s arrest, not only did they find more ammunition and other weapons, but they discovered the rules and regulations for a made-up martial society in which Oxford created officers and correspondence. The members were to be armed with a brace of pistols, a sword, and a dagger. [ The Proceedings of Old Bailey: Edward Oxford]

Because no spent bullets were found at the scene, the Crown could not prove that Oxford could actually harm another. Later, Oxford claimed there were no bullets in the pistols, only gunpowder. “Oxford appeared to be oblivious for most of the proceedings. The prosecution presented much eyewitness evidence, while the defence case consisted of various family members and friends who testified that Oxford had always seemed of unsound mind, and that both his grandfather and father were alcoholics who had exhibited signs of mental illness. This carried a great deal of weight, as it was thought during this time that both drink and hereditary influence were strong causal factors for insanity. Oxford’s mother testified her late husband had been violent and intimidating, and that her son was not only prone to fits of hysterical laughter and emitting strange noises, he had been obsessed with firearms since he was a child. Various eminent pathologists and physicians testified that due to “brain disease” or other factors, such as the shape of his head, Oxford was either a mental imbecile or simply incapable of controlling himself.” [Edward Oxford]

Oxford was imprisoned at Newgate and tried on a charge of high treason at the Central Criminal Court before Lord Chief Justice Thomas Denman. Sidney Taylor defended Oxford, and the man was found guilty, but was declared insane. Oxford was ordered to Bethlehem Hospital (Bedlam) for the insane at Moorfields. He spent 35 years in the facility. At age 52, he was released to travel to Australia. 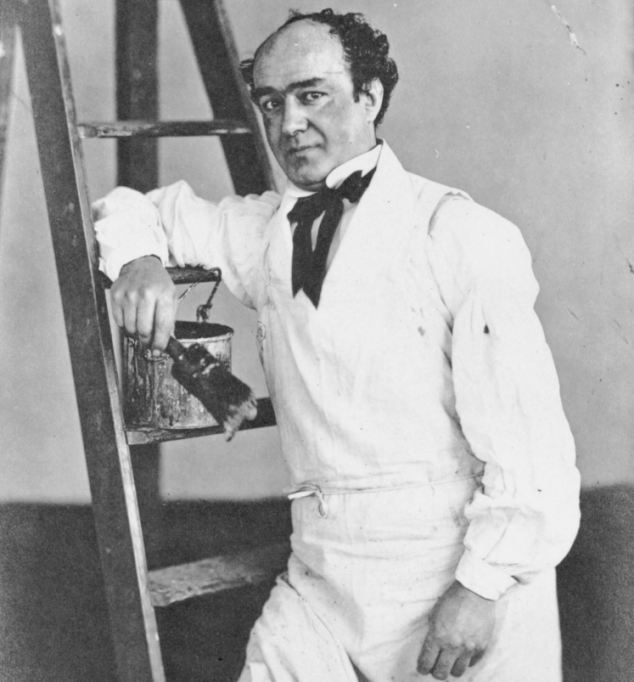 Wikipedia tells us, “Oxford lived out the rest of his life in Melbourne, Australia.  Oxford landed in Melbourne with a new alias, John Freeman. Setting out to reform himself and become a respectable citizen, Freeman became a house painter and joined the West Melbourne Mutual Improvement Society. In 1881 he married a widow with two children, and became a church warden a St Paul’s Cathedral. Under the pseudonym “Liber” he wrote articles for The Argus about the city’s slums, markets and racetracks, and these became the basis for an 1888 book, Lights and Shadows of Melbourne Life. Freeman died in 1900.

“His patient record at Broadmoor includes a letter sent in 1883 by George Haydon, a Steward at Bethlem, to Dr. David Nicolson. It includes an article from The Age, a Melbourne newspaper, which reports that on 4 May 1880, a “John” Oxford, identified as the man who shot at the Queen many years ago, and who had subsequently been a patient in an asylum before he was discharged to Australia, had recently been convicted of stealing a shirt and spent a week in jail. Upon his release, the prison governor requested the police to keep an eye on him, “in consequence of the old man’s eccentric conduct”. The police subsequently arrested Oxford for vagrancy, and he was reportedly remanded for further medical examination. There were no further updates to the record. It is not certain that this person was Edward Oxford.

“The connection between Oxford and “John Freeman” was established by F. B. Smith’s 1987 article “Lights and Shadows in the Life of John Freeman”. Freeman wrote several letters to Haydon, beginning in 1888 and apparently ceasing on Haydon’s death in 1889. Freeman’s wife and stepchildren appear to have been totally ignorant that he might be anyone other than John Freeman. Additionally, a photograph of John Freeman taken for the 1888 Centennial Exhibition in Melbourne matches a portrait of Oxford held in the archives of the Bethlem aslyum. Freeman’s correspondence to Haydon was donated to the National Library in the 1950s by the family. Stevens points out that the former Steward contributed nothing more to Oxford’s Broadmoor record about his progress beyond the troubling report published in the newspaper, and never confirmed that Oxford was the author of Freeman’s book. This may have been because Haydon was departing Bethlem at the time he began receiving the letters.”

1 Response to Edward Oxford, the First to Attempt to Assassinate Queen Victoria