Posted on September 5, 2018 by reginajeffers

This post originally appeared on Austen Authors on 12 July 2018.

Ernest Hemingway once said: “If a writer knows enough about what he is writing about, he may omit things that he knows. … The dignity of movement of an iceberg is due to only one-eighth of it being above water.”

This non-obvious lesson is one I learned and relearned in the four and a half years it took to write The Marriage of Miss Jane Austen, a literary trilogy based on the author’s life. Along the way, I jotted down a similar set of guides regarding the use of history in historical fiction: 1) Start with as much actual history as you can. 2) Use as few of the details of that history as possible. 3) Make the history serve the story, not the other way around.

(I would call these three items “Hemingway’s Rules” except for the possible confusion with the big guy and his iceberg.)

Rule 1 and 2 might seem to cancel out, but they actually reinforce. Rule 1 is to know the history so well that you understand the personal (biography) and the social (history) enough to make both real. This gives you the ability to internalize the material and write about it thoroughly. The information will flow naturally, not as if you’re cribbing lines from another source. We’ve all read historical fiction that is set in a certain time, yet all the author does is wave his or her hand toward a few well-known facts of the era and then writes a story that could be set anywhere or any time. This is not artistic freedom; this is artistic indolence. When asked once how he wrote great free verse, the poet Richard Wright replied that it was because he had trained for years on sonnets. Freedom comes from mastering the subject, not avoiding it.

Rule 2 is important, however, because once you know something really well, your instinct is to tell the world all about it. This is usually not good in fiction. We’ve all also read the historical fiction in which the story suddenly stops for a two-paragraph or two-page digression on an historical sidebar. This can be interesting, but very few writers have the literary skills to pull off this trick more than once per novel. What Hemingway (the other one) meant is: Using your deep well of knowledge, put down the most salient facts—and only those—that are necessary to make the setting believable and the scene function. Anything beyond that will slow down the story and eventually bury your characters in the rubble of times gone by.

Rule 3 embraces the other two. Don’t let historical events drag your story along. Have the history illuminate and support your story. Diana Gabaldon sets the Outlander series in the Scottish rebellion against England of the 1740s. Her first several volumes do a terrific job of weaving her deeply moving love story in and out of the era’s political and military events. This tight weave of danger increases the drama, putting more at stake in the lives of Claire and Jamie. In the later volumes, the connection to the bigger world becomes less integral, and the stories lose some of their punch. The plots become more contrived as the author subconsciously shifts from developing the relationship to tying together historical episodes. You can’t really dislike anything that Claire and Jamie do, but at times it feels as though Gabaldon is repeating her formula in a new setting rather than coming up with compelling external events to continue to drive their relationship forward.

This is likely a minority view, as the huge popularity of the series shows. My wife, who finds reading straight history boring, loves learning about the West Indies, North Carolina, and the American Revolution through the lives of our Outlanders. But that’s the point: Later on, the main characters are there to relate the history more than their own lives. Even Georgette Heyer, who did more to create the Regency romance genre than Jane Austen, sometimes has her characters on the sideline, exchanging bright repartee while watching the parade of history march by. My view is that the history should remain the supporting platform for the characters and their relationship. I think we fell in love with Claire and Jamie in the early going and now are just along for the ride.

If there’s any doubt, read any of the last two or three volumes in the series and then return to the original The Outlander. You’ll see what I mean. The later books continue with the buckles being swashed and the Frasers’ trademark enthusiasm for sex. But the inventive personal story line, the slow entanglement of their feelings, and the brilliant contradictions of the Frank character(s) are what make the first volume psychologically and emotionally compelling. And one of the most remarkable books I’ve ever read. 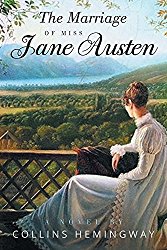 or as a boxed set trilogy