On Friday, May 18, I presented with the celebration of the Mecklenburg Declaration of Independence. On Monday, May 21, I included an article on Captain James Jack, who was not as famous as Paul Revere, but just as heroic. Today, I have another Revolutionary War hero: Colonel Matthew Locke. 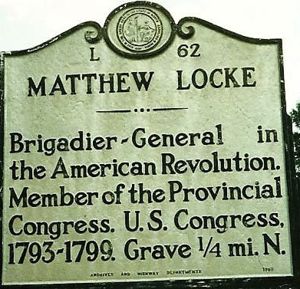 Colonel Matthew Locke was a Revolutionary War leader, as well as a member of Congress, who just happened to have been born in Northern Ireland. Like many in the present day North Carolina, Locke’s ancestors first settled in Lancaster County, Pennsylvania. A few years after his father died, his mother married a man by the name of John Brandon and moved to Anson County, North Carolina. Anson is the next county over from I live outside of Charlotte, and I can tell you there is LOTS of history to found in this area. Later, around 1752, the Brandons moved to Grants Creek, which was part of Mecklenburg County at that time, but is now part of Rowan County, North Carolina.

Meanwhile, Matthew Locke purchased some 200 acres near his mother and step-father’s residence, where he began a trading business. Matthew and his brother Francis set up a trade line, including skins from the backcountry of Charles Town, South Carolina, and goods produced by the North Carolina Moravian settlements. He and his brother became quite wealthy in this venture.

Locke’s first foray into public life came during the Regulator uprising. The Regulator Movement was a rebellion started by the backcountry (inland regions) residents of North Carolina (basically the western counties). These dissidents believed the royal government mistreated them by falsifying records and excessive fee. The less productive land of the western mountain ranges were taxed at the same rate as the rich coastal plain. These inland residents wished to “regulate” their own affairs. Although the Regulator Movement began with protests, eventually violence was involved.

Locke became involved when the officers of Rowan County appointed Locke as one of four men to meet with the Regulators’ contingent to try to come to some sort of agreement. Through sometimes heated negotiations, Locke’s committee agreed to repay any unlawful fees to those bringing suit. Liking the taste of public office, Locke became a member of the colonial Assembly in 1771, where he served until 1775.

During the Revolutionary War period, Locke joined the Patriot cause. He was named to Rowan County’s first Committee of Safety. The purpose of the Committees of Safety were to enforce the Continental Association banning all trade with Great Britain. These committees had the endorsement of the Second Provincial Congress of North Carolina and the North Carolina Assembly. They existed in late 1774 and early 1775. These committees oversaw military preparations, the control of the price of select items, especially those needed for war efforts, and the sell of seized imported goods. They also were involved in the return of slaves, punishment for those who went against the Continental Association’s dictates, and even regulated public morals. The Wilmington-New Hanover Committee of Safety managed to run then Governor Josiah Martin out of office, causing him to first seek refuge at Fort Johnston on the Cape Fear River and then on the British warship Cruizer. The Committees of Safety were replaced by the Third Provincial Congress of North Carolina in August 1775.

Matthew Locke was a delegate to the Third Provincial Congress. He was active in the financing of the case for liberty. He also saw to the militia stationed throughout North Carolina. Locke made the arrangements for governing the colony in Governor Josiah Martin’s abrupt absence until Governor Richard Caswell took over the office.

Later, Locke was a member of the Fourth Provincial Congress (April 1776). This time the group met at Halifax. Out of their sometimes heated discussions came the Halifax Resolves, which was the first official action by one of British colonies calling for a break with Great Britain and the independence of all the colonies. 83 delegates to the Provincial Congress ratified the Resolves. They were then sent to the North Carolina delegation for the Second Continental Congress in Philadelphia. The Halifax Resolves served as the first call for action against Britain. Virginia followed with their own recommendations to the Continental Congress. These led to Thomas Jefferson’s penning The Declaration of Independence.

Locke then became involved with a group probing the activities of those not supporting a break from Great Britain. Reportedly, Locke led the arrest of John Dunn, the founder of Salisbury, and Benjamin Booth, both of whom were suspected of treason, because early on they had signed a document pledging loyalty to the King. 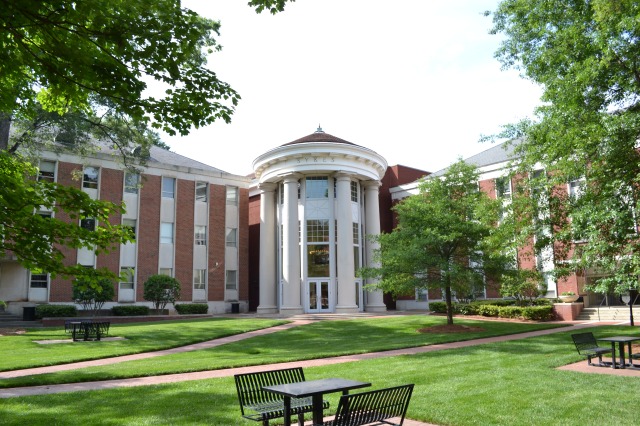 Carolina’s first state constitution was drafted. He was in charge of the militia pay of six frontier counties. He procured supplies for the Continental Army. He served in the North Carolina House of Commons on and off from 1777 to 1793. He was known to support universal manhood suffrage, an idea to remove owning property as a right to vote and holding office, in other words, removing the stipulation of ownership of 50 acres of property or the payment of taxes as a prerequisite to vote. He also supported the endowment of Queen’s Museum (later Queen’s College and now Queen’s University) in Charlotte, which is considered the first institution of higher learning in North Carolina. [Just as a side note, my daughter-in-law earned her masters degree at Queens, and my son was an assistant track and cross country coach at the college. It is still a vibrant piece of Charlotte’s history.] In the vote to ratify the U. S. Constitution, Locke took a stand for the new country’s many farmers, who could not afford an expensive, nor oppressive, government.

In 1793, Locke replace the unpopular Josh Steele, a Federalist, as the congressman for the Salisbury district. He was considered “the honest farmer” and took a leading role in the concept of Jeffersonian democracy in North Carolina. He remained in the NC House of Representatives until 1800, to another Federalist, Archibald Henderson. He died in 1801. 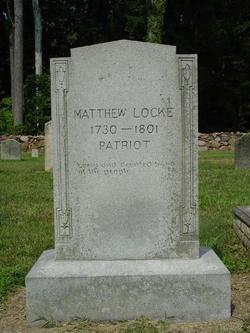 Following Locke’s death, an obituary in the Raleigh Register edited by Joseph Gales, a staunch Jeffersonian, bemoaned the passing and called him a “friend and fixed Republican” who had “served his state admirably in Congress.” He was buried in Thyatira Presbyterian Church cemetery in Rowan County.