Posted on March 9, 2018 by reginajeffers

A plot we readers often encounter in historical romance set in the Regency Period is when the hero takes up with his late wife’s sister. But was it possible?

“For most of the nineteenth century, the question of whether a man should be able to marry the sister of his deceased wife engaged the English public in protracted and heated debate. The Parliamentary debates, individually published pamphlets and periodical essays, and topical fiction that at times seemed to flood from this debate express a range of nineteenth-century English anxieties about the proper definition and practice of family life, anxieties that provoked serious reconsideration of the legal definitions and cultural meanings of sibling and marital relations. The figure that carried the full weight of these ideological struggles was the adult unmarried sister living in a married sister’s household; the specific issue upon which the English people focused was whether a man’s wife’s sister was, in law, the equivalent of his blood sister and therefore never to be his wife, or his metaphorical sister only and therefore an ‘indifferent person’ whom he could marry.” (Anne D. Wallace, “On the Deceased Wife’s Sister Controversy, 1835-1907″)

Before 1835, the church would annul the marriage of a man with the sister of his late wife if reported, but if no one reported the situation, then the marriage was legal. It  was a voidable marriage not a void one. The same was true for marriage with a late husband’s brother. Both situations, however, were made illegal in 1835. The one involving the sister was repealed in 1907. The brother one was repealed much later. Even before the law passed, the church opposed such unions, and there were quite a few people who did as well. Every year after 1835 some one proposed a law to repeal the law Gilbert and Sullivan referred to it as the “annual blister.”

“The doctrine that such marriages were illicit was reflected in the Table of kindred and affinity in the Anglican (Church of England) Book of Common Prayer. Prohibition of marriage between certain degrees of kindred outlawed what is known as incest; prohibition between degrees of relationship by marriage (affinity) as opposed to blood (consanguinity) seems to have reflected an analogous taboo. At least one novel, Felicia Skene’s The Inheritance of Evil; Or, the Consequences of Marrying a Deceased Wife’s Sister (1849) addressed the topic in polemic fictional form.

“Under ecclesiastical law, a marriage within the prohibited degrees was not absolutely void but it was voidable at the suit of any interested party. Matthew Boulton married his deceased wife’s sister in 1760. He advised silence, secrecy and Scotland, although they married in London; the marriage was opposed by her brother. Similarly Charles Austen, the younger brother of Jane Austen, married his deceased wife’s sister in 1820 and remained married to her until he died in 1852.” (Deceased Wife’s Sister’s Marriage Act 1907)

Collins Hemingway in his article “Brotherly Love?” on Austen Authors, tells us: “An even closer—and absolutely prohibited—degree of consanguinity is that of brother and sister. Sibling marriage being an incestuous taboo the world over, one would not expect such a thing ever to enter the environs of Austenia. Yet tradition brought it to Jane’s doorstep, for the law not only forbade marriage between blood siblings but also between brothers and sisters by marriage.

“Therefore, the marriage of Jane’s brother Charles to Harriet Palmer after the death of his first wife was “voidable” because Harriet was Fanny’s sister. As explained in Martha Bailey’s article in ‘The Marriage Law of Jane Austen’s World’ (Persuasions, Winter 2015), this sisterhood created a prohibition by ‘affinity’ (marriage) as strong as one by blood. The logic was: Because Fanny and Harriet were related by blood, and because husband and wife became one flesh upon consummation, then Charles would also be related to Harriet by blood. This thinking applied equally for a woman who married the brother of her dead husband.

“‘Voidable’ in Charles’ case did not necessarily mean ‘voided.’ Someone—most likely a relative seeking to grab an inheritance—would have to sue to have the marriage voided and any children declared illegitimate. Charles never had enough money for anyone to bother trying to disinherit his four children by Harriet.

“To resolve the ambiguity about people marrying the sibling of a deceased spouse, the 1835 Marriage Act validated all previous such marriages but voided any going forward. To evade this prohibition in still another Austen situation, Jane’s niece Louisa Knight went to Denmark in 1847 to marry Lord George Hill, who had been married to Louisa’s now deceased sister Cassandra. Such dodges continued until the affinity laws were removed in 1907.” 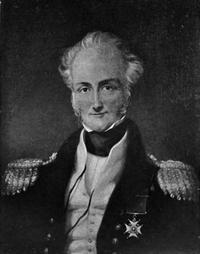 Anyone could challenge the validity of the marriage by lodging a complaint with the Ecclesiastical Court.  That was apparent from the reams of correspondence in the Beaufort archives on this very case. All that was needed was someone, ANYONE to challenge or complain about one of these voidable marriages to the Ecclesiastical Court, and the court could declare it invalid, thereby making all offspring of the union bastards, a loss of a living, etc.  The complaint or challenge had to be made while both parties to the marriage in question were alive .

The most likely person to challenge a voidable marriage would be the man who would inherit if the marriage didn’t exist — husband’s brother or nephew or whatever.  So a man whose wife produced only daughters, then the wife died, marries her sister and has a son, but his brother wants the title/land so challenges the marriage. The second most likely to challenge would probably be the husband himself if neither wife produced an heir.  But I doubt many of these marriages existed, especially if titles and land were involved.

Men did marry their dead wife’s sister. Such marriages were not automatically void by law, but they were voidable if someone challenged them. Lord Lyndhurst’s concerns about a challenge to the 7th Duke of Beaufort’s marriage was not without substance. Wellington was strongly opposed to that marriage and quite outspoken about it.  Anyway, in 1835, Lyndhurst, concerned that the Duke of Beaufort’s heir could be stripped of his legitimacy, all his rights and his entitlements as heir to the dukedom if someone like Wellington challenged Beaufort’s marriage to his dead wife’s half sister, took the matter to Parliament in the form of a bill to legitimize the marriage. But the issue grew legs of its own.  What eventuated was the bill that decreed that all voidable marriages performed before 31 August 1835, if not already voided, would be declared fully legitimate and all marriages within the prohibited degrees performed after that date would be void, invalid from the beginning whether challenged or not.  But as this Act of Parliament included the marriage between a woman and her dead husband’s brother, an amendment was made – almost immediately- to exclude the marriage of a woman to her dead husband’s brother. 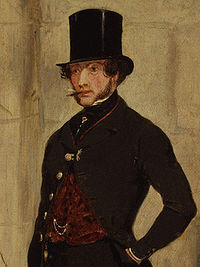 “Parliament had to tack that part on to get the bill to pass. In the social climate of the time it was ‘too soon’ to eliminate the taboo on in-law marriage in one fell swoop. When the more progressive bill to legalize wife’s sister marriage was finally introduced in 1842, a fight broke out that would last 65 years.

“What was the big deal? Opponents of the bill saw it as a slippery slope that would lead to the legalization of all kinds of incest. They drew arguments from the Bible: Genesis 2 states that husband and wife ‘became one flesh,’ therefore your wife’s sister was really your own sister. Leviticus prohibits a man from uncovering ‘the nakedness of thy brother’s wife,’ and so, by analogy, he shouldn’t do it to his wife’s sister either. Arguments from science included the bizarre claim that married couples become blood relations through some biological consequence of sexual intercourse, or that the idea that in-law marriage was wrong came from evolutionary instinct. People also thought it would destroy the family by encouraging husbands and their wives’ sisters to lust after each other while the wives were still alive.

“Were there really so many brothers- and sisters-in-law who wanted to get married? Not really, but it was more common than it is now. Women often died in childbirth, and their unmarried sisters, who had few other options to support themselves besides marriage, would step in to care for the family. For convenience, and sometimes developing love, remarriage seemed like the thing to do. Supporters of the act argued that prohibiting these marriages was unfair to the poor, who could not afford to hire help and could not travel out of the country to get married, as the upper class often did to get around the law.” (The 65 Year Battle Over the Deceased Sister’s Marriage Act)

The lengthy nature of the campaign was referred to in the Gilbert and Sullivan opera Iolanthe, in which the Queen of the Fairies sings “He shall prick that annual blister, marriage with deceased wife’s sister.”

“The Marriage Act 1835, however, hardened the law into an absolute prohibition (whilst, however, authorising any such marriages which had already taken place), so that such marriages could no longer take place in the United Kingdom and colonies at all (in Scotland they were prohibited by a Scottish Marriage Act of 1567). Such marriages from that date had to take place abroad: see, for example, William Holman Hunt and John Collier, both painters, who married the sisters of their deceased wives in Switzerland and in Norway respectively. However, this was only possible for those who could afford it.” (Deceased Wife’s Sister’s Marriage Act 1907)