Deamed (or) Deemed (or) Damned (or) Dammed? To Curse or Not to Curse…

Posted on February 16, 2018 by reginajeffers

Periodically in a story set in the Regency era, the occasion arises where a curse word would be appropriate for a character. However, how to use that word and who might utter it remains a decision most authors of the period take seriously. I customarily choose either “bloody” or “demme.”

“Bloody” is a commonly used expletive attributive (intensifier) in British English. It was used as an intensive since at least the 1670s. Considered “respectable” until about 1750, it was heavily tabooed during c. 1750–1920 (which includes the Regency Era of 1811 to 1820), considered equivalent to heavily obscene or profane speech. Public use continued to be seen as controversial until the 1960s, but since the later 20th century, the word has become a comparatively mild expletive or intensifier. (Bloody)

Unfortunately, “demme” is more difficult to pin down for usage. According to Merriam-Webster, “damme” is a mild imprecation, an alteration of “damn me.”  Most writers of the Regency claim that Georgette Heyer used the spelling “demme,” although I admit not being a Heyer expert and cannot quote you a passage when it was used. Complicating a search of “demme” is the fact that Google wishes to direct me to Jonathan Demme, the director of the film “Silence of the Lambs.”

The Oxford English Dictionary mentions “demme” being used in 1801 in place of “damn me,” much as the Merriam-Webster reference I mentioned above. This reference in OED refers to Demmy being used for damn me! or dem for damn. In C. S. Lewis’s “The Magician’s Nephew,” (1955) the sixth book of the seven in The Chronicles of Naria, Jadis is clearly a majestic and impressive creature, a “dem fine woman,” (186) as Uncle Andrew calls her.

Arnold Bennett’s “Aunt Clara” was part of the The Clayhanger Family Saga, published between 1910 and 1955. In it, he writes, “Aunt Clara was a handsome woman. She had been called — but not by men who code she would have approved — ‘a damn fine woman.'”

Meanwhile, in 1838, Charles Dickens writes in Nicholas Nickleby (Chapter 17),  “She will not take poison and have horrid pains, will she?’ said Mantalini; who, by the altered sound of his voice, seemed to have moved his chair, and taken up his position nearer to his wife. ‘She will not take poison, because she had a demd fine husband who might have married two countesses and a dowager — ‘
‘Two countesses,’ interposed Madame. ‘You told me one before!’
‘Two!’ cried Mantalini. ‘Two demd fine women, real countesses and splendid fortunes, demmit.’
‘And why didn’t you?’ asked Madame, playfully.
‘Why didn’t I!’ replied her husband. ‘Had I not seen, at a morning concert, the demdest little fascinator in all the world, and while that little fascinator is my wife, may not all the countesses and dowagers in England be — ‘
Mr Mantalini did not finish the sentence, but he gave Madame Mantalini a very loud kiss, which Madame Mantalini returned; after which, there seemed to be some more kissing mixed up with the progress of the breakfast.
‘And what about the cash, my existence’s jewel?’ said Mantalini, when these endearments ceased. ‘How much have we in hand?’
‘Very little indeed,’ replied Madame.
‘We must have some more,’ said Mantalini; ‘we must have some discount out of old Nickleby to carry on the war with, demmit.‘” 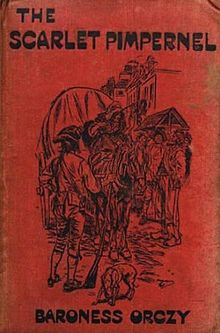 The Scarlet Pimpernel is the first novel in a series of historical fiction by Baroness Orczy, published in 1905.  In Chapter 4, we find:

We seek him here, we seek him there,
Those Frenchies seek him everywhere.
Is he in heaven? — Is he in hell?
That damned, elusive Pimpernel

Damned and damnation has been around since the sins of Hell were mentioned in a Biblical sense.

Middle English: from Old French dam(p)ner, from Latin dam(p)nare ‘inflict loss on,’ from damnum ‘loss, damage.’ The question is when it became more common as a casual statement without reference to a belief in Hell. 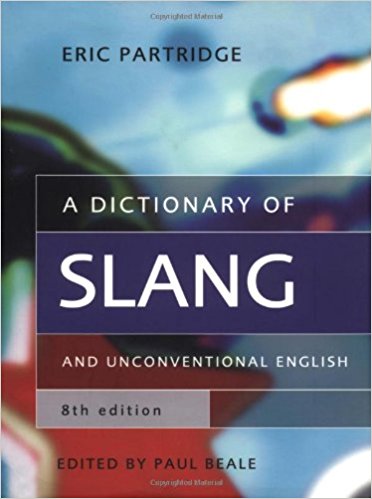 Usages of swearing are like casual slang hard to pinpoint before the days of instant communications. We do not have transcripts of actual people in casual conversation.

Eric Partridge lists in A Dictionary of Slang and Unconventional English:

You might find Vic Gatrell’s City of Laughter: Sex and Satire in Eighteen Century London of interest. The book blurb tells us, “City of Laughter chronicles the rise and fall of a great tradition of ridicule and of the satirical, humorous, and widely circulated prints that sustained it. Focusing not on the polished wit upon which polite society prided itself, but rather on malicious, sardonic and satirical humor―humor that was bawdy, knowing and ironic―Vic Gatrell explores what this tradition says about Georgian views of the world and about their own pretensions. Taking the reader into the clubs and taverns where laughter flowed most freely, Gatrell examines how Londoners laughed about sex, scandal, fashion, drink and similar pleasures of life.

“Combining words and images–including more than 300 original drawings by Cruikshank, Gillray, Rowlandson, and others―City of Laughter offers a brilliantly original panorama of the era, providing a ground-breaking reappraisal of a period of change and a unique account of the origins of our attitudes toward sex, celebrity and satire today.”

This book includes language used by famous men in correspondence of the time. One thing we should note is that the word “Christ” is NOT used. So phrases such as “Jesus Christ” as an exclamation should be avoided. Some words that could be used, however are bollocks, by Jove, bloody hell, confound it, balderdash, deuce take it, Egad, gamman, Hell and the Devil, hound’s teeth, etc.

From a member of the Beau Monde chapter of the Romance Writers of America, I “borrowed”  a list of words most likely used by women of the period. Unfortunately, I cannot remember who that was and cannot provide them credit at this time. Try these: Baggage (referring to a female), Dratted (man, boy, etc.), Fustian, Heaven forbid, Heaven forfend, Horsefeathers, Humdudgeon, Imp of Satan, Merciful Heavens, Odious (man, creature, etc.), Piffle, Pooh, Ramshackle

6 Responses to Deamed (or) Deemed (or) Damned (or) Dammed? To Curse or Not to Curse…