Recording of Births in the Church of England

Posted on February 9, 2018 by reginajeffers

See yesterday’s post on Churching of Women for how woman were treated after childbirth in the Church of England in many Western religions. “Churching” involved a celebration welcoming women back into the church/religion after they had given birth, even if the child was stillborn or passed shortly after birth or with no christening.

Today, we think of the recording of a birth as automatic. At most hospitals, the staff record such details ,and they are passed on to the proper authorities. The birth announcement appears in the local newspaper usually within a week of the actual birth. This was not so for the Regency. Birth announcements were not recorded during the Regency Era. Births were not always recorded in the parish registers. Generally, only the Baptism/Christening was recorded. Some clergymen listed the child’s age or birth date  when recording the  baptism, but most did not. Usually the child had to be breathing to be baptised and  given a name for the parish records, but that was not an “absolute” in the practice of recording births. [Note! Today the terms (baptism and christening) are interchangeable by many. A Christening is a naming, but the church believes baptism is to save the soul of the infant  and to enroll him in the church of believers. The secular name is incidental and just for records.]

According to Nancy Mayer Regency Researcher, “Most of the evidence upon which today’s perceptions of the era are founded is faulty.  St Martin-in-the-Fields was probably the most fastidious of the parishes in those days, with the sextons recording in minute detail, everything about those they buried – and that included stillborns, abortives, infants (those who’d lived to draw breath), etc., etc.  Name, date of birth, date of death, address, sex, etc., etc.  No detail was missed.  But even in this parish there were anomalies based on the structure of burial fees – abortives were the cheapest burials. Chrisom’s came next.  Stillborns were the third cheapest, and from there, the fees increased the longer the individual lived.  So many infants who had lived through the first crucial week only to succumb to the infections that so beset newborns, were buried as stillborns because the family could not or did not want to pay the higher fees. But even with the stillborns and the Chrisoms, the father’s name was recorded by the sextons.  It was not until well after the Regency that the mother’s name was included.” Although it rarely happened, in reality, the parents did not need to present for the baptism.

No ecclesiastical law forbid the baptism of a stillborn child. It was the expense of doing so that prevented many from recognizing their child’s existence.

I understand the confusion and grief following the lost of a child for I lost two children before I had my son. It bothered me deeply not to have access to the one I lost early on. I could not shake the idea that it would never have a name or a place in our family’s recorded history. However, many in the early 19th Century were developing what we now associate with the British public as a whole: the stiff upper lip. Grief was not shown in public.

Other parishes were not as meticulous as St Martin-in-the-Fields. Generally, the person requesting the recording of the birth was at the “mercy” of the clergyman overseeing the parish. The clergyman’s opinions or those of the aristocrat providing his living could differ greatly from parish to parish. Some clergy would look poorly upon an abortive situation. An aristocrat might privately have a stillborn child baptised, but a public announcement of such would not occur. The recording of a child’s birth, or the lack thereof, is a major plot plot point in Book 2 of my Twins’ Trilogy, The Earl Claims His Comfort. Any “public” records, such as Debrett’s The New Peerage, would simply include the line stillborn daughter or stillborn son. 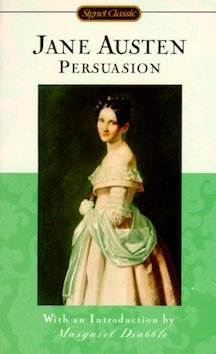 Many times the private family records, such as the family Bible, contained the name of the stillborn child. Parish records and private records did not always hold the same details. Often, especially in the male line, one might find two male offsprings with the same name in a private record, but the names of the children were listed as several years apart – the first one died at birth or shortly thereafter.

As with everything else, there were those members of the clergy who accepted payment to record stillborns. Parents might, for example, argue that the Bible does not speak to forbidding the naming of stillborns. Babies could be baptised at home by any member of the household as long as water was used and the child was baptized in the name of the Father, Son, and Holy Ghost. This was a valid baptism  in most cases. 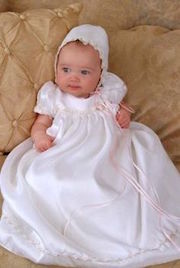 Anciently, a chrisom, or “chrisom-cloth,” was the face-cloth, or piece of linen laid over a child’s head when he or she was baptised or christened. Originally, the purpose of the chrisom-cloth was to keep the chrism, a consecrated oil, from accidentally rubbing off. With time, the word’s meaning changed, to that of a white mantle thrown over the whole infant at the time of baptism. The term has come to refer to a child who died within a month after its baptism—so called for the chrisom cloth that was used as a shroud for it. Additionally, in London’s Bills of Mortality, the term chrisom was used to refer to infants who died within a month after being born. (Chrisom) 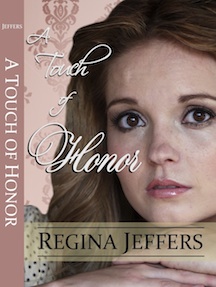 In A Touch of Honor, Book 8 of the Realm Series, I used a different plot point associated with the recording of births and deaths. In that book, Lady Satiné Swenton dies in a terrible accident and the child she carried is also lost. The surgeon tending the body asks Lord Swenton if he wishes to have the stillborn buried with his mother. The mother and stillborn infant could be buried together as it was with Princess Charlotte’s child.  In that case the child was not named. However, in this time, the father could insist on having the child listed in the  death register and could have a name etched in the grave marker to recognize publicly the birth. The woman’s husband could have his wife and child buried in a private cemetery and act as he thought best for his family.

The Church of England provides this tutorial for the ceremony:

What Happens at a christening?

At a christening a child is baptized with water. This is the heart of a christening. There are several moments in the service which have a special meaning too. Follow each step to see what happens.

“…I baptize you in the name of the Father, and of the Son, and of the Holy Spirit. Amen.”

The vicar will welcome everyone and especially the child who will be christened and their family. There will be a Bible reading, and the vicar will also talk about what a christening means.

You and the godparents will make some important promises for your child in the service. You can see the full order of service here.  Everyone promises to continue supporting the child from this moment.

The vicar says: “…People of God will you welcome this child and uphold them in their new life in Christ?”

Everyone present says: “…With the help of God, we will.”

Often, this is the point in the service when parents and godparents will be invited to come out to stand at the front with the child. In many churches, a special oil may be used to make the sign of a cross on your child’s forehead. It’s a significant moment, which marks your child as belonging to God.

The vicar will say: “…Christ claims you as his own. Receive the sign of the cross.”

Water which is blessed in the church’s font will be poured over your child’s head by the vicar. This is your child’s baptism. It’s a sign of a new beginning and becoming a part of God’s family.

The vicar says: “…I baptize you in the name of the Father, and of the Son, and of the Holy Spirit. Amen.”

The vicar, or perhaps even someone else from the church, will pray for the child and for all those who will support them in their path of faith. Everyone present welcomes the child into the family of the church with words given in the service.

A candle will be given to the child at the end of the service.

The vicar says: “…Shine as a light in the world to the glory of God.”

Godparents play a special role in the ceremony and in the child’s life. The godparents were the ones to take the child to church, make the vows in his/her name, and say the name of the child for all the world to know. The godmother customarily holds the child during the ceremony. The child can be dipped into the baptismal font–first one side and then the other, but often water was poured on his head. Occasionally water was just sprinkled on or a damp cloth is used.  A cross is made with oil on the baby’s head to anoint the child. The rite in the Book of Common prayer of the day was used.

A female child was to have two female and one male godparent or sponsor, while a male child was to have two male and one female godparent or sponsor. Although they could serve the role, godparents were NOT automatically the child’s legal guardian of the child(ren) with the passing of a parent(s). A will would designate the legal guardian in such a scenario.

During the Regency and beyond, royalty were often asked to be godparents to the children of peers, such as dukes or men who had positions at Court or were at Court often or were ranking members of Parliament. Quite often the royal godparents employed proxy stand-ins. When the child is 12 years of age, he/she would be confirmed; he/she would renew the promises made at his/her baptism for himself/herself.

5 Responses to Recording of Births in the Church of England