Posted on November 28, 2017 by reginajeffers

My undergraduate degree was a comprehensive major (no minor) that covered English, speech, journalism, and theatre. As such, many years ago, I came across these terms: snarl-words and purr-words in a book on rhetoric that was one of my textbooks. The expressions stuck with me because they speak to the interactive nature of language, whether it is written or spoken.

Recently in one review on Amazon, a reader criticized my use of the word “mayhap.” Now, if the person knew me, he or she would know that mayhap is a word I have used all my life. I learned it from the “old folks,” as we say in Appalachia from where I came. The person said, “Jane Austen does not use it,” but does that make it from place. ” It is true, according to Dictionary.com that only about 15% of the people of Austen’s time used the word, but it was not as if the word was extinct or had never been used. “Mayhap” has been around since the 16th Century (circa 1531). Merriam-Webster tells us that: “If “mayhap” looks to you like a relative of its synonym “perhaps,” you’re right – the words are related. Both ultimately derive from the Middle English noun hap, meaning “chance” or “fortune.” “Mayhap” was formed by combining the phrase “(it) may hap” into a single word. “Hap” here is a verb essentially meaning “happen” (the word maybe, another synonym of “mayhap” and “perhaps,” was developed similarly from “may” and the verb “be”), and the verb “hap” comes from the noun “hap.” “Perhaps” came about when “per” (meaning “through the agency of”) was combined directly with the noun “hap” to form one word. Today “mayhap” is a rare word in contrast with the very common “maybe” and “perhaps,” but it does show up occasionally.” For the reviewer, “mayhap” is a snarl word. For me, it is a “purr” word. She/he despises it, where for me there our pleasant memories of listening to great-grandparents tell tales.

Words spoken aloud are draped in connotations. Words can make us angry, a response to powerful stimuli. Our body chemistry changes, and we respond with more inflammatory words. We “snarl.” Other times, the words can create a feeling of warm and comfort, like the contented “purr” of a sleeping kitten. Words, whether written or spoken, create judgments. How often have you sent off a quick email or text only to have it misunderstood by the person receiving it?

Political speeches and sales pitches invoke the same type of personal response—positive or negative. In both, we make the assumption that we are hearing something “quite intellectual,” when, in reality, we are only hearing what the speaker thinks we should hear. It is more of a these are bad and the things that are good. Political speeches and sales pitches are loaded with snarl words and purr words.

We cannot control the number of snarl words and purr words we encounter each day, but we can control how meaning is added to the words. Both types of words tell us something about the speaker’s state of mind. We must recognize that fact. Both types also reveal assumptions about the subject of the speech. If I say, “He is a radical!” or “She is an angel!” the reader/listener now knows something of my mind and something of the subject of my statements. The reader/listener now must assume the responsibility to determine what I consider to be a “radical” or my assessment of “angel.”  What is my personal definition of the terms? He/she must also determine whether there is any truth to my accusation of radicalism or my praise of the woman’s angelic nature. In an age of fake news, this might be more difficult than it once was, but it is a worthy cause. Even so, we should make the effort to look at both snarl words and purr words with a bit of skepticism, for they only leave us with the question of “Why do you feel as such?” 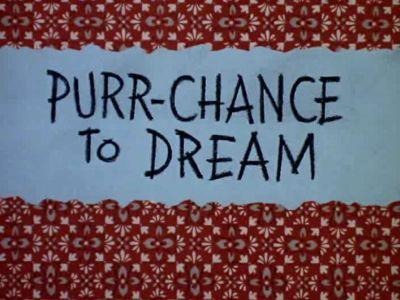 And so, I will continue to use my “mayhap,” mixed with a dose of “perchance” and “perhaps,” and said reader, who has stated she/he will NEVER read another of my books, will go elsewhere. The person wishes to remain mysterious, but I recognized his “handle” as being the name of the murderer in Agatha Christie’s And Then There Were None.