For a chapter I did for a recent release, I explored questions of inheritance and the custom of primogeniture. Naturally, I could not do so without looking at Jane Austen’s family. 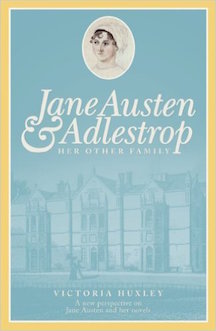 It is said Austen’s family knew something of questions of inheritance for Jane Austen’s mother, Cassandra Leigh, was a distant relative of Sir Thomas Leigh, the Lord Mayor of London under Queen Elizabeth I. For assisting the Royalists against Cromwell in the English Civil War, Leigh was created a baron in 1643. Previously, he had succeeded to the baronetcy on the death of his grandfather, 1st Baronet, of Stoneleigh in Warwickhshire, but his term was interrupted when King Charles chose to rule without parliament for some eleven years. Unfortunately, the titles became extinct on the death of the 5th Baron Leigh in 1786.

As a young man, Edward Leigh, 5th Baron Leigh, collected art, books, and furniture for Stoneleigh Abbey, but somehow, beyond what could be considered reasonable in current times, he was declared a “lunatick” by John Munro, a doctor from Bedlam Hospital. According to the proceeding before the House of Lords regarding the Leigh Peerage, Leigh was committed to the guardianship of his sister Mary and his uncle. He did not appear in public after this event. In 1786, he died unmarried and without heirs, leaving the barony dormant. In 1839, the poet Chandos Leigh was created 1st Baron Leigh of Stoneleigh. His bloodlines traced back to Rowland Leigh, the eldest son of the aforementioned Sir Thomas Leigh. The Stoneleigh estate became the largest in Warwickshire, but its future was in question in 1806 when its then owner Mary Leigh died without children. A possible inheritor was the Rev Thomas Leigh, of Adlestrop in Gloucestershire – and this news arrived just while Jane Austen, her mother and sister were visiting him. They had traveled to Gloucestershire after Reverend Austen’s death. They all set off immediately for Stoneleigh.

Mrs Austen wrote to her daughter-in-law of the house. She, Jane and Cassandra stayed at Stoneleigh for some ten days. Mrs. Austen spoke of the house being  so large that they she and her daughters kept getting lost in its passageways. “I had expected to find everything about the place very fine and all that, but I had no idea of its being so beautiful,” she wrote.  “The Avon runs near the house, amidst green meadows, bounded by large and beautiful woods, full of delightful walks.”

The Austens’ financial security was uncertain following Reverend Austen’s recent death. The visit to Stoneleigh was likely a delightful diversion in the mix of so many misgivings. Eventually, the Austen ladies departed, leaving their cousin to learn more of his inheritance claim.  “Jane never revisited, but Stoneleigh and its ancestral history does resurface in her novels. Some of her characters are named after Leigh family connections, such as Willoughby, Woodhouse, Wentworth and Osborne. In Mansfield Park the description of the fictitious Sotherton Court has many resonances of Stoneleigh Abbey, including details of the chapel, grounds and nearby village with almshouses, and Northanger Abbey is set in an old abbey which has become a country home, like Stoneleigh which was founded in 1154 by Cistercian monks.”

In 1792, 14 years before Jane Austen’s visit to Stoneleigh, Mary Leigh who owned the abbey and much surrounding land presented Jane’s clergyman brother James with the living of Cubbington, a village near Leamington. The income, however, was insufficient to tempt James away from his Hampshire parish, so he hired a curate for Cubbington to do the job for him, a common practice at the time.

Amy Patterson writes of Stoneleigh Abbey. “Sir Thomas was instrumental in deferring the accession of Elizabeth I so that the politically sensitive issue of realigning the English monarchy’s sympathies from Catholic to Protestant would not result in anarchy. As Lord Mayor, Thomas arranged and led Elizabeth’s coronation pageant in January 1559 and gained a knighthood for his efforts.

“His wife, Sir Rowland Hill’s niece Alice Barker, was 11 at the time of their marriage – he was 31. They had several children, and she outlived him by 32 years. She was notable not only for her long life, but for the almshouses she founded in the village, which still stood as of the Victorian times. …and this grandson had quite a history. When Jane, Cassandra, and their mother visited in 1806 I’m sure they would have seen the portraits of this Sir Thomas and his wife Mary, daughter of Sir Thomas Egerton, and would most likely have heard of their involvement with history. In fact, one wonders if Cassandra Austen née Leigh ever subjected the girls to an evening in which she “ followed the history and rise of the ancient and respectable family, in the usual terms: how it had been first settled in Cheshire; how mentioned in Dugdale, serving the office of High Sheriff, representing a borough in three successive parliaments, exertions of loyalty, and dignity of baronet, in the first year of Charles II., with all the Marys and Elizabeths they had married…”

Jane Lark has a nice piece on Stoneleigh Abbey and the renovations made there.

4 Responses to Jane Austen’s Connections to the Stoneleigh Barony