The Knight Family Estate at Chawton, a Guest Post from Antoine Vanner

This guest post from Antoine Vanner in April 2017 on Austen Authors was a huge success. I though perhaps others might wish to view the wonderful pictures of Jane Austen’s “home” that Vanner shared.

The “Jane Austen House” in the village of Chawton in Hampshire, where she lived with her mother and sister – both called Cassandra – in the later years of her life, is today preserved as a much-visited museum. Of equal interest however, about a quarter-mile distant, is Chawton House, the centre of the splendid Knight Estate, which had been inherited by one of Jane’s brothers, in a manner that would not have seemed out of place in one of her own plots. 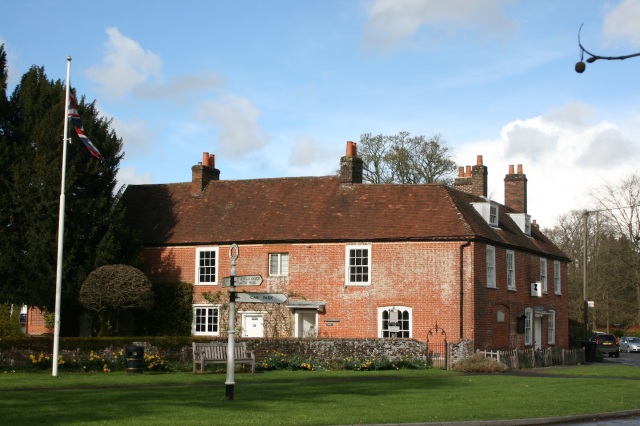 Jane Austen’s House in the village of Chawton, Hampshire

A major concern for Britain’s gentry in the eighteenth and nineteenth centuries – when the words “gentleman” and “lady” referred very specifically to social status – was provision for large families. The rules of primogeniture meant that property and wealth – if there was any – would pass to the eldest son only and his brothers would have to make their own way. For daughters, the only route to avoiding the dreaded fates of spinster or governess was to marry well – a recurrent theme in Jane Austen’s own books. The options for the younger sons were limited, since no gentleman could retain his status as such if he were to participate in “trade”, essentially commercial activity of any kind. The Church, the Army, Medicine and the Law were all however considered appropriate occupations. Particularly popular with families living on the edge of genteel poverty was the Royal Navy since, unlike the Army, it was not necessary for an officer to purchase his commission or to pay for promotion thereafter. The Navy promoted on merit and had the added advantage that, in times of war, substantial fortunes could be made through “prize money” – shares in the value of captured enemy shipping. A boy could be entered into the navy while still a child – often under ten – and his board and lodging would be provided. It would be up to him thereafter to make his own career and fortune. The most notable example was Horatio Nelson, son of a country clergyman, and indeed many officers had fathers had similar backgrounds.

Jane Austen’s father George was, like Nelson’s, a country clergyman, and with her mother faced the familiar challenge of the time – provision for numerous offspring, in their case six sons and two daughters. Though their circumstances were modest, they did however have the advantage of having rich relations, most notably Thomas Knight, the wealthy husband of George’s second cousin, who appointed George to the “living” – the position of parish clergyman – of Steventon in Hampshire. This brought with it accommodation as well as a small income.

Two of the Austen sons – Francis (1774–1865) and Charles (1779–1852) – followed the time-honoured path of clergyman’s sons into the Navy. Both had quite spectacular careers, serving with distinction throughout the Napoleonic Wars and, as hoped, winning prize money that could make them financially independent. A touching mention by Jane tells of how one of her brothers made use of the first money he came into: “Charles has received £30 for his share of the privateer, and expects £10 more; but of what avail is it to take the prizes if he lays out the produce in presents to his sisters? He has been buying gold chains and topaz crosses for us. He must be well scolded.” Two centuries later, the obvious familial affection still moves the reader. These brothers were to rise steadily in their profession in the decades that followed, directing major campaigns in various parts of the world and managing the navy’s transition for sail to steam. Charles died as a Rear-Admiral while Francis attained the highest rank in the Royal Navy, Admiral of the Fleet. They provided the model for the dashing Captain Wentworth in Jane’s last novel, Persuasion. 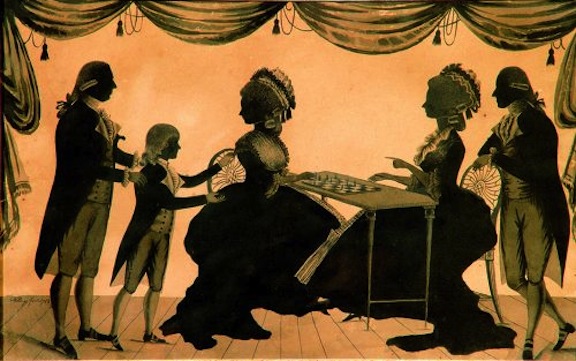 Jane Austen’s House in the village of Chawton, Hampshire (Copied, with thanks, from the Chawton House website).

Another of Jane’s brothers, Edward (1768 –1852), was, however, to become the most prosperous of all.  Thomas Knight – the relation who had provided George Austen the living at Steventon – was, with his wife Catherine, childless and therefore lacking an heir to their wealth and their estates, including that at Chawton. Liking Edward, they made him their legal heir and funded his education, including the Grand Tour of Europe, which was obligatory for any cultivated gentleman. 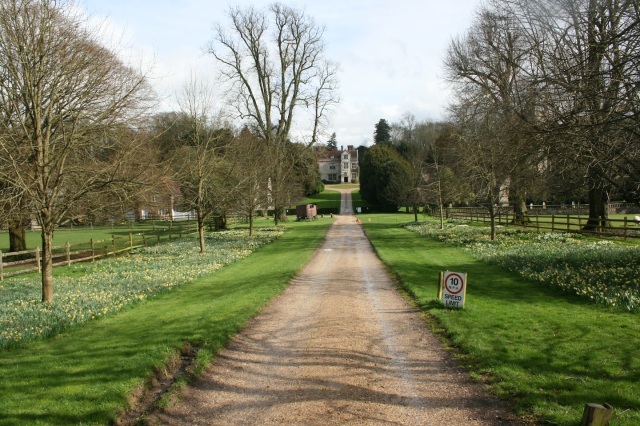 The entrance to Chawton House – could Pemberly have looked any better?

When Thomas died in 1794 he left one of his estates, Godmersham, to his wife for her lifetime, with the remainder going to Edward immediately.  She in turn left Godmersham to Edward with the stipulation that he change his legal name to Knight. He thus inherited three estates, in Steventon, Chawton and Godmersham, wealth of which Mr. Darcy himself would have been proud.  Attentive of the welfare of this mother and two sisters, Edward provided them with the use of the house which had formally been the residence of the bailiff of the Chawton Estate. It was here that Jane was to live from 1809 until her death in 1817. Her mother and sister, the two Cassandras, remained there until their own deaths in 1827 and 1845 respectively.

The key feature of the Knight Estate is Chawton House, its home farm and the church of St. Nicholas in its grounds. Magnificently maintained today, one has a strong impression of how self-contained and self-supporting such a community would have been from the middle ages onwards – a church has occupied this location since 1270, though the present structure is more recent. Jane worshipped here and her mother and sisters were buried outside it – she herself having been buried in Winchester Cathedral.

Chawton House with St. Nicholas Church to the right

Chawton House with St. Nicholas Church to the right

Chawton House itself started as an Elizabethan manor house and was added to over the years. Today it is home to The Centre for the Study of Early Women’s Writing, 1600-1830, including a collection of over 9,000 books and related original manuscript. The credit for rescue of the building and for establishment of the centre goes to a foundation established by Sandra Lerner and Leonard Bosack, co-founders of Cisco Systems.

Jane herself not only knew the house but walked extensively in the area – it’s possible to trace some of the walks she mentioned, including one across fields and through a small wood to the nearby village of Farringdon. The greatest interest of all is however the house itself, splendidly restored inside and out.

The view for Chawton House garden – Jane walked to Farringdon across the field, beyond the daffodils

Mr. and Mrs. Vanner celebrating their wedding at Chawton House

And here I must declare an interest. It is available for social functions, and it was here that my wife and I held our wedding reception in 2011. Having recalled that “It is a truth universally acknowledged, that a single man in possession of a good fortune must be in want of a wife”, we thought of no more appropriate location for the occasion, even though the extent of my fortune might not compare with that of Mr. Darcy, even allowing for inflation!

I’m attaching some further photographs below. I trust that they will give some idea of how the Knight Estate is today. It’s well worth a visit if you are in Britain and more information can be found on https://chawtonhouse.org/

The estate, including working farm, seen from the roadway outside

Monument to a Knight ancestor in St. Nicholas’s Church

These were the comments left by Caroline Jane Knight, Edward Austen Knight’s fourth great granddaughter, on the original post.

I’m glad you enjoyed Chawton, I am the last Austen descendant (Edward Austen Knight’s fourth great granddaughter) to be raised at Chawton House when it was our family home. It was a magical place to grow up, in the cocoon of 400 years of our history, and great Aunt Jane’s legacy. Granny ran a tearoom in the Great Hall and I earned my pocket money serving Jane Austen devotees who had come to see Jane Austen’s cottage in the village before following in Jane’s footsteps and taking the short walk to her brother’s manor for tea – happy days. I was 17 when my grandfather, Edward Knight (EAK great great grandson) died and his heir, Uncle Richard, inherited the depleted estate….Chawton was magnificent when I lived there, but in desperate need of repair. It is wonderful to see the house now, beautifully restored and being enjoyed. 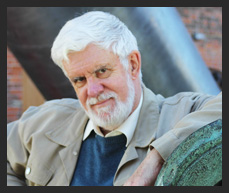 Antoine Vanner is the author of the Dawlish Chronicles, centred on the Victorian-era naval officer Nicholas Dawlish RN and his indomitable wife, Florence. Five novels so far feature plots linked to real historical events and the most recent, Britannia’s Amazon, tells of Florence’s unexpected confrontation with the corruption, vice and abuse of power that are the underside complacent Victorian society. Check Antoine’s author page for more details: http://amzn.to/2oklJG8 or join his mailing list on http://eepurl.com/bt5aRn and receive a free copy of the short story Britannia’s Eventide. 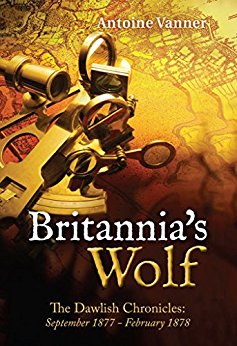 This is the first volume of the Dawlish Chronicles naval fiction series – action and adventure set in the age of transition from sail to steam in the last decades of the 19th Century.

It’s late 1877 and the Russian and Ottoman-Turkish Empires are locked in a deadly as the war between them is reaching its climax.  A Russian victory will pose a threat to Britain’s strategic interests. To protect them an ambitious British naval officer, Nicholas Dawlish, is assigned to the Ottoman Navy to ravage Russian supply-lines in the Black Sea. In the depths of a savage winter, as Turkish

It’s November 1879 and on a broad river deep in the heart of South America, a flotilla of paddle steamers thrashes slowly upstream. It is laden with troops, horses and artillery, and intent on conquest and revenge. Ahead lies a commercial empire that was wrested from a British consortium in a bloody revolution. Now the investors are determined to recoup their losses and are funding a vicious war to do so. Nicholas Dawlish, on leave of absence from the Royal Navy, is playing a leading role in the expedition and though it could not be much further from the open sea he must face savage naval combat. forces face defeat on all fronts, Dawlish confronts enemy ironclads in naval combat and Cossack lances and merciless Kurdish irregulars in battles ashore. But more than warfare is involved, for Dawlish finds himself a pawn in the rivalry of the Sultan’s half-brothers for control of the collapsing empire. And in the midst of this chaos, unwillingly and unexpectedly, Dawlish finds himself drawn to a woman whom he believes he should not love.

It’s November 1879 and on a broad river deep in the heart of South America, a flotilla of paddle steamers thrashes slowly upstream. It is laden with troops, horses and artillery, and intent on conquest and revenge. Ahead lies a commercial empire that was wrested from a British consortium in a bloody revolution. Now the investors are determined to recoup their losses and are funding a vicious war to do so. Nicholas Dawlish, on leave of absence from the Royal Navy, is playing a leading role in the expedition and though it could not be much further from the open sea he must face savage naval combat.

But now a group of revolutionaries threaten that power’s economic basis. Their weapon is the invention of a naïve genius, their sense of grievance is implacable and their leader is already proven in the crucible of war. Protected by powerful political and business interests, conventional British military or naval power cannot touch them.

3 Responses to The Knight Family Estate at Chawton, a Guest Post from Antoine Vanner