Jane Austen and the Romance Novel 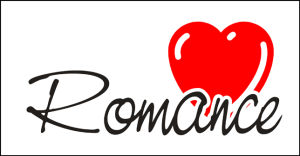 According to the Romance Writers of America, “the main plot of a romance novel must revolve around the two people as they develop romantic love for each other and work to build a relationship together. Both the conflict and the climax of the novel should be directly related to that core theme of developing a romantic relationship although the novel can also contain subplots that do not specifically relate to the main characters’ romantic love. Furthermore, a romance novel must have an emotionally satisfying and optimistic ending.”

Wikipedia says, “The romance novel is a literary genre developed in Western culture, mainly in English-speaking countries. Novels in this genre place their primary focus on the relationship and romantic love between two people and must have an “emotionally satisfying and optimistic ending. Separate from their type, a romance novel can exist within one of many subgenres, including contemporary, historical, science fiction and paranormal. One of the earliest romance novels was Samuel Richardson’s popular 1740 novel Pamela, or Virtue Rewarded, which was revolutionary on two counts: it focused almost entirely on courtship and did so entirely from the perspective of a female protagonist. In the next century, Jane Austen expanded the genre, and her Pride and Prejudice is often considered the epitome of the genre. Austen inspired Georgette Heyer, who introduced historical romances in 1921.” 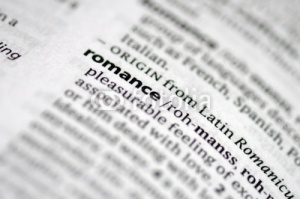 Chick Lit (according to the Metropolitan Library System in Illinois), on the other hand, explores the personal, professional, and romantic lives of young, single, working women. Quirky protagonists and humor distinguish the genre as these women look for love and deal with often less than desirable jobs. Some general characteristics of chick lit:

Written by women for women

Circle of friends for support

Unsuitable boyfriends or a lack of one

Urban-but no real sense of place

May have overbearing/interfering mother, family

So, does Jane Austen fit into any of these categories? Specifically, can Pride and Prejudice serve as a model for the modern romance or chick lit novel? Let us make some assumptions.

Pride and Prejudice is the story of an intelligent, sassy young woman. “‘Mr. Darcy is not to be laughed at!’ cried Elizabeth. ‘That is an uncommon advantage and uncommon I hope it will continue, for it would be a great loss to me to have many such acquaintances. I dearly love to laugh.'”

The book has a “relatable” heroine, a sympathetic and believable creation. We all see ourselves as Elizabeth Bennet, a woman demanding that a man choose her for something other than her looks or her position in society. Can you not see your reaction if Mr. Darcy called you not “tolerable”? “Mr. Darcy walked off; and Elizabeth remained, with no very cordial feelings toward him. She told the story, however, with great spirit among her friends; for she had a lively, playful disposition, which delighted in anything ridiculous.”

Elizabeth Bennet takes pleasure in observing the faults of others, as well as the quirks of society. She claims to be a student of humanity. As a woman possessing an ironic sense of humor, I most definitely enjoy Elizabeth’s quips. “They were, in fact, very fine ladies; not deficient in good humor when they were pleased, nor in the power of being agreeable when they chose it; but proud and conceited.”

Yet, Elizabeth is equally critical of herself and her apparent flaws. This is something with which many people experience difficulty. It is extremely hard to own up to our own faults.  “She began now to comprehend that he was exactly the man who, in disposition and talents, would most suit her. His understanding and temper, though unlike her own, would have answered all her wishes.”

Elizabeth Bennet’s female relationships are as important, if not more important, than her relationship with Mr. Darcy. We view her as a loyal sister, especially to Jane Bennet. She is also a devoted friend to Charlotte Lucas, even tolerating Mr. Collins in order to visit with her friend. “Indeed, jane, you ought to believe me. No one who has ever seen you together can doubt his affection; Miss Bingley, I am sure, cannot; she is not such a simpleton.”

Pride and Prejudice is a female-centered book, not just in the main character’s point of view, but also many of the minor characters. I always say Mr. Darcy is a major-minor character. He actually holds a minor role in the book. Think upon how many passages  are devoted to Elizabeth’s interaction with Mr. Darcy. Then think of the multiple conversations between Elizabeth and Jane, Elizabeth and Aunt Gardiner, and Elizabeth and Charlotte. Like modern women, Austen’s characters discuss the men they encounter; they analyze every word or action. “Well, he certainly is very agreeable, and I give you leave to like him. You have liked many a stupider person.”

Elizabeth is coming to terms with her family complications, Charlotte’s irresponsible choices, and her own prejudices throughout the novel. This assists her in coming to a decision as to whether an alliance with Mr. Darcy is what she really wants in life. “We will not quarrel for the greater share of blame annexed to that evening,” said Elizabeth. “The conduct of neither, if strictly examined, will be irreproachable, but since then we have both, I hope, improved in civility.”

She changes dramatically throughout the book. Elizabeth admits that Mr. Darcy does not change. “’How despicably have I acted!’ she cried. ‘I, who have prided myself on my discernment!’”

Do you not adore the way Elizabeth reacts when Charlotte Lucas marries Mr. Collins? Have you not had a friend marry someone you thought was so “WRONG”? Or what about that awkward situation when all your friends are married, and you are not? “She had always felt that Charlotte’s opinion of matrimony was not exactly like her own; but she could no have supposed it possible that, when called into action, she would have sacrificed every better feeling to worldly advantage.”

What of all those bad boys you encountered? Elizabeth meets a “womanizer” in the form of Mr. Wickham, a man whose only genuine quality is his handsome face. Wickham appears to be the perfect romantic hero, but “first impressions” are faulty. In reality, he’s a pathological liar and a scoundrel. “Wickham was not at all more distressed than herself; but his manners were always so pleasing, that had his character and his marriage been exactly what they ought, his smiles and easy address, while he claimed their relationship. would have delighted them all.”

Although Mr. Darcy is the romantic hero of the Pride and Prejudice (and assuming you have no images of Colin Firth emerging from a placid lake in a wet shirt or of Matthew Macfadyen walking through the morning mist with an open shirt and lots of chest hair), you probably do not care for the man. In fact, Austen manipulates the reader before revealing Darcy’s true worth. Quite frankly, he’s a “prat.”  “‘That is very true,’ replied Elizabeth, ‘and I could easily forgive his pride, if he had not mortified mine.'”

So, do you see similar themes and plot points in modern romance novels (whether they be contemporary, westerns, paranormal, or historical)? I do every time I read a romance. Add comments below if you agree, or even if you disagree.

2 Responses to Jane Austen and the Romance Novel