Brother Can You Spare a Dime? a Guest Post from Brenda J. Webb + a Giveaway

We have had LOTS of interest in this post, so Brenda Webb and I thought we would highlight it again today. Brenda has generously added a giveaway to the post. Comment below to be part of the giveaway of two Kindle eBooks – winner’s choice of any of Brenda’s books. The giveaway will end at midnight EDST on Tuesday, March 28.

One thing I love about writing Regency stories is that you learn a lot doing research. A new term I came across while I was writing Darcy and Elizabeth – A Promise Kept was money box. Like most, I had heard of a piggybank, but I had not heard the term money box. It seems both of these names were used during different periods in time, though the term money box was used most often until the late 19th century.

After reading about them, I went in search of pictures, and it quickly became evident that common money boxes of the early 1800’s were just plain ugly. Still, I decided to incorporate a money box into my latest story and share some of the pictures and information with you.

The practice of collecting coins by putting them in ceramic vessels dates back to ancient China. At some point, a clever bureaucrat must have figured out that using ceramic jars with a small slit near the top as their only

opening would ensure all taxes collected would be turned over to the tax authority. The populace dropped their taxes (coins) into the jar, and once finished, the collector had only to deliver the coin-filled jar.

By the Tudor period, the practice of ceramic boxes had spread to England where they were called money boxes or money jars. We most often think of a box as a square or rectangular container, but in its earliest meaning, a

box was a receptacle made of any material, in any shape, which held drugs, perfumes or valuables. Therefore, it was perfectly logical to call the pottery vessels in which coins were kept money boxes.

During the Regency period, a wide range of money boxes were still in use, primarily by servants and their children. They were cheaply produced, of various shapes and sizes, but typically 10-15 cm tall and round, usually glazed in brown or green, had a penny sized slot cut into them and a characteristic ‘knob’ molded on top. Nearly all servants used one to hold spare coins collected over the course of the year. By tradition, on Boxing Day, they would smash the box and use the money to enjoy themselves and buy a new box for the coming year. For that reason, these money boxes were also known as Christmas boxes and rattling boxes.

Boxes were also purchased by the middle and lower classes as gifts for babies and young children.

It was customary for a parent or god-parent to give a baby a money box into which they placed a few coins to start the child’s savings. Each year, on the child’s birthday or name day, family and friends might make gifts of coins, which would be dropped into the child’s money box.

As they got older, children might also earn a few coins from time to time which they also slipped into their money box. Typically, the money box was entrusted to the child’s mother, who would safeguard it and present it to the child when they came of age. Though it seems the upper classes seldom bothered with money boxes, it is always possible that a doting and/or eccentric relative might give a more expensive money box to a child and slip coins into it each year on that child’s birthday as well.

Because the nature of the money box dictated it had to be destroyed to access the coins, most were made quickly and sold cheaply. Making square or rectangular objects was more labor-intensive; thus, for centuries most were made in the shape of simple jars with a small finial or button on the top. By the turn of the eighteenth century, potters began making them domed-shaped with decorated surfaces. After being coated with a yellow glaze, these pineapple-shaped boxes sold well, and with the use of simple designs, colored glazes and cheap child labor, many potters developed a steady business.

With the advent of ceramic molding, various shapes became inexpensive to create; thus, chicken shaped boxes were turned out in great numbers. Having a palette of white, yellow, red and brown glazes, they looked quite realistic. Then, as the nineteenth century began, dogs, cats, cows, sheep, elephants and lions joined the line-up. Buildings, primarily ceramic cottages and castles, were available at the beginning of the Regency period and by 1820, were increasingly more elaborate and expensive. Afterward, they were purchased more for household ornaments than for vessels in which to save money.

Very few money boxes have survived since they were smashed when their owner wanted the coins contained within, but I have included some photos of the nicer and more interesting ones below—some from other countries.

Early Staffordshire Money Box Heads In the early 19th century, circa 1820, these were a tuppence a ton, widely made and given to children to encourage savings. However, as the only way to get the money out was to smash them, not many have survived.

Did you have a piggybank when you were a child and, if so, did you save for a specific purpose? I remember saving my money for our summer vacations and how thrilling it was to buy a souvenir that I selected. It would take several days before I would choose which one I simply had to have! How about you? Do you have any piggybank memories to share? I’d love to hear about them.

Information in this post came in part from: regencyredingote.wordpress.com/2015/03/13/pottery-money-boxes-of-the-regency/  and www.encyclopedia.com/topic/Piggy_Bank 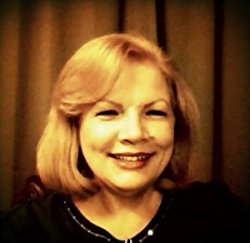 Meet Brenda J. Webb  ~ Before my obsession with all things Jane Austen, I worked as an administrative assistant to the president of a CPA firm. No longer working in that industry, thankfully, I enjoy spending time with my family and indulging my love of storytelling.

Born on a farm in Cullman, Alabama, I proudly admit to being a country girl, and after years of living in the city, I have finally achieved my dream of moving back to the country. My husband and I now reside on a three acre mini-farm, sporting chickens and numerous rescued dogs and cats.

Always a voracious reader, I rediscovered Jane Austen books after watching the 2005 Pride and Prejudice movie. Searching for everything relating to Miss Austen, I eventually stumbled into the world of Jane Austen Fan Fiction. After reading many of other people’s stories, I decided to try my hand at writing a tale that kept coming to mind and began posting that story on online. 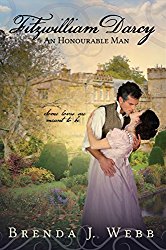 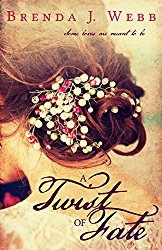 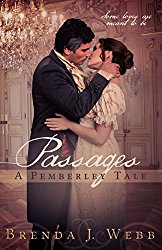 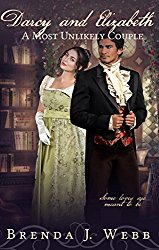 44 Responses to Brother Can You Spare a Dime? a Guest Post from Brenda J. Webb + a Giveaway