Bleeding a Patient to Cure Apoplexy in the Regency

In Regency novels, the reader frequently reads of one of the characters suffering an apoplexy. Exactly, what does that mean? Apoplexy (from the Ancient Greek, meaning “a striking away”) is bleeding within internal organs and the accompanying symptoms. For example, ovarian apoplexy is bleeding in the ovaries. The term, especially as it was used in the Regency Era, referred to what is now called a stroke. (MedicineNet.com)

From the late 14th to the late 19th century, apoplexy referred to any sudden death that began with a sudden loss of consciousness, especially one in which the victim died within a matter of seconds after losing consciousness. The word apoplexy was sometimes used to refer to the symptom of sudden loss of consciousness immediately preceding death. Until the late 19th century physicians often had inadequate or inaccurate understandings of many of the human body’s normal functions and abnormal presentations. Hence, identifying a specific cause of a symptom or of death often proved difficult or impossible.

According to Culpeper’s Complete Herbal (page 214), Lily of the Valley was a remedy for apoplexy.  “It is under the dominion of Mercury, and therefore strengthens the brain. The distilled water dropped into the eyes helps inflammation there. The spirit of the flowers distilled in wine, restores speech, helps the palsy, and is good in the apoplexy, and comforts the heart and vital spirits. It is also of service in disorders of the head and nerves, such as epilepsy, vertigo, and convulsions of all kinds, swimming in the head, and are made use of in errhines and cephalic snuff.”

Culpeper also suggests walnuts. In the States we have advertisements on the TV for California walnuts being heart healthy. Culpeper explains that the walnut is a plant of the Sun. “Let the fruit of it be gathered accordingly, which has the most virtue whilst green, before it shells. The bark binds and dries very much, and the leaves are much of the same temperature, but when they are older, are  heating and drying in the second degree, and are harder of digestion than when fresh; if taken with sweet wine, they move the belly downwards, but if old, they grieve the stomach; and in hot bodies, cause the choler to abound, producing headache, and are an enemy to those that have the cough; but are less hurtful to those that have a colder stomach, and kill the broad worms in the stomach or belly. If taken with onions, salt, and honey, they help the bites of mad dogs, or poisonous bites of any kind. The juice of the green husks boiled with honey, is an excellent gargle for sore mouths, or the heat and inflammations in the throat and stomach. The kernels, when they grow old, are more oily, and unfit to be eaten, but are then used to heal the wounds of the sinews, gangrenes, and carbuncles. If burned, these mens’ courses, when taken in red wine, and stays the falling of the hair, and makes it fair, being anointed with oil and wine. The green husks will act the same, if used in the same manner. The kernels beaten with rue and wine, and applied, helps the quinsy; bruised with honey, and applied to the ears, eases pains and inflammation therein. The distilled water of the green leaves in the end of May, cures foul running ulcers and sores, to be bathed with wet cloths or sponges applied to them every morning.” (page 384)

Wild Wall-Flowers are also suggested by Culpeper (page 383). “A conserve made of the flowers is used for a remedy both for the apoplexy and palsy.” 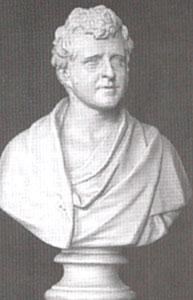 Richard Bright, a Regency era physician, conducted a great deal of research on apoplexy. Born in Bristol in 1789, Bright studied medicine at the University of Edinburgh and Guys Hospital, finishing his studies in 1812. Autopsies of apoplectics proved that the four humors used throughout the 16th and 17th centuries for medical decisions as erroneous.  “Apoplexy” was a term used by professionals and the educated laity for a disorder that “struck abruptly, causing a sudden abolition of all the activities of the mind, with the preservation, for a time, of the pulse and respiration” (Theophile Bonet, Sepulchretum, 1679).

Jean Fernel (1544) and Johann Jacob Wepfer (1658) found intracranial hemorrhage at autopsies of apoplectics. These observations proved apoplexy was a disorder of cerebral blood vessels, rather than an accumulation of phlegm or some other humor.

At the beginning of the 19th century, physicians still used the these distinctions from earlier medical studies to define apoplexy: “sanguineous apoplexy,” caused by intracranial hemorrhage, and “serous apoplexy,” in which the effusion of serum was held responsible for the apoplectic state.

Giovanni Battista Morgagni was an Italian anatomist, generally regarded as the father of modern anatomical pathology, who recognized a third type of apoplexy, in which neither blood nor serum was effused. “On the authority of Morgagni and other “great masters,” any amount of fluid present in the ventricles and the subarachnoid space was, for a time, deemed to be abnormal by many scholars and a cause of apoplexy. The concept of “serous apoplexy” endured until the latter part of the 19th century.” (World Neurology)

Soon, apoplectics, who survived, were believed to have done so because of proper treatments.

In Bright, R. Reports of medical cases selected with the view of illustrating the symptoms and cure of diseases. Vol I, Vol II London, Longman. 1827, 1831. p 334, we learn, “In the treatment of apoplexy, the most important point is the employment of bleeding; the judicious use of which powerful remedy the cure greatly depends.”

The early 19th century, treatment still used humoral concepts. Bright purported reducing congestion rather than restoring the humoral balance.  Bleeding was a common practice of the time, as well as the use of leeches and cupping. Physicians monitored the pulse, and when the pulse became depressed, they stopped the letting of blood. Those administering the procedure took extra precautions with feeble individuals. Excessive bleeding was as dangerous as the condition at times. America’s first President lost his life because of excessive bleeding.

From “George Washington: An Eyewitness Account of His Death,” we have, “No one is quite sure what killed Washington. He was in fine health at age 67 when he contracted hoarseness and a sore throat a few days after helping to move a snow-mired carriage near his home. There was little alarm until he awoke in the middle of the night with difficulty breathing, almost unable to talk. A doctor was summoned, but Washington did not wait, ordering an employee to bleed him. The doctor arrived and, according to the principles of the day, bled him again. Eventually, Washington requested no further bleeding be performed, but he was bled again anyway. The bleedings inflicted by Washington’s doctors hastened his end. Some 80 ounces of blood were removed in 12 hours (this is .63 gallons, or about 35% of all the blood in his body).” (Morens, D. M. Death of a President. New England Journal of Medicine. 1999: 341; 1845-1849.)

“Blisters and Setons were used as additional supplements to bleeding. Purging was in regular use. The induction of vomiting was occasionally practiced but it was considered harmful by those who feared that the strain associated with vomiting may be harmful. Bright used stimulants when ‘the patient grew cold’ and ‘the pulse fluttering.’ He poured ‘vinegar down the throat, brandy if it could be procured’ or ‘a few drops of compound spirits of ammonia to elicit cough that tended to rouse the patient.” Cloth dipped in hot water was applied to the stomach. Cold cloths were “dashed on the temples and forehead with a sudden jerk,” when the head felt hot and the carotids were throbbing. Frequently, the head was shaved, and cold applied to the shaven head. Such therapy persisted throughout the 19th century, and bloodletting for stroke was not unknown in the 20th century. Few went as far as Thomas Sydenham, who stated: ‘I have consulted my patients’ safety and my own reputation most effectually by doing nothing at all.'” (World Neurology)

For more detailed information of Richard Bright and His Advancements in the Study of Apoplexy, please visit World Neurology.