John Adams, American Founding Father and the “Atlas of Independence” 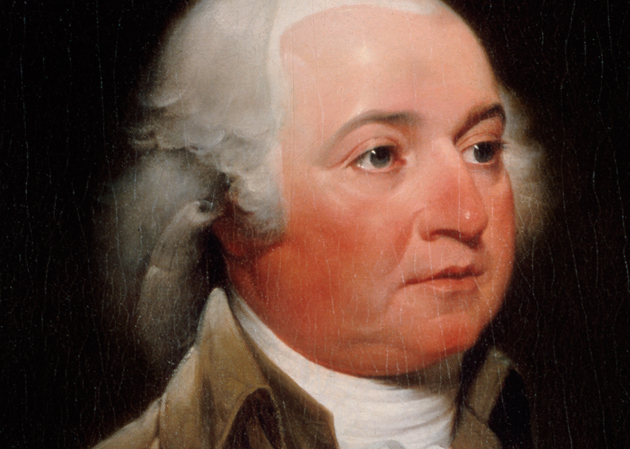 Born in Braintree (present-day Quincy), Massachusetts, on October 30, 1735, John Adams was the oldest of John and Susanna Boylston Adams’ three sons. The elder Adams was a farmer and shoemaker who also served as a Congregationalist deacon and an official in local government. John Adams, Sr., was a direct descendant of Henry Adams, a Puritan who emigrated from England to the Massachusetts Bay Colony in 1638. His mother, Susanna Boylston Adams, was a descendant of the Boylstons of Brookline, a prominent family in colonial Massachusetts. His siblings were Peter Boylston Adams (1738 – 1823) and Elihu Adams (1741 – 1775).

John earned a scholarship to enter Harvard at age sixteen. A strong student, Adams graduated from Harvard College in 1755. He then taught school for several years and despite his father’s wishes for him to enter the ministry, John studied law with an attorney in Worcester, Massachusetts. This attorney was James Putnam, a prominent lawyer of the time. Adams began his law career in 1758 and eventually became one of Boston’s most prominent attorneys.

In 1764, he married Abigail Smith (1744-1818), a minister’s daughter from Weymouth, Massachusetts, with whom he went on to have six children.  Abigail Adams would prove to be her husband’s trusted confidant. Well-read and possessed of her own intellectual gifts, she corresponded regularly with Adams, especially when he was away in Europe for long periods of time. Surviving letters show her to be a pragmatic thinker and influential in her husband’s career. They were married for 54 years. They lived on a modest farm, and unlike many of his fellow signers, Adams passed with all his debts paid. His children included: Children: Abigail Amelia Adams Smith (1765-1813); John Quincy Adams (1767 – 1848); Charles Adams (1770 – 1800); and Thomas Boylston Adams (1772 – 1832).

During the 1760s, Adams began challenging Great Britain’s authority in colonial America. He came to view the British imposition of high taxes and tariffs as a tool of oppression, and he no longer believed that the government in England had the colonists’ best interests in mind. He was a critic of the Stamp Act of 1765, in which the British levied a tax on legal documents, newspapers and playing cards in the North American colonies. He wrote a response to the imposition of the act by British Parliament titled “Essay on the Canon and Feudal Law,” which was published as a series of four articles in the Boston Gazette. In it, Adams argued that the Stamp Act deprived American colonists of the basic rights to be taxed by consent and to be tried by a jury of peers. Two months later Adams also publicly denounced the act as invalid in a speech delivered to the Massachusetts governor and his council. Adams also spoke out against the Townshend Acts of 1767, which levied tariffs on goods such as paper, glass and tea that were imported to America.

Despite his objection to what he thought was unfair taxation by the British, Adams, a principled man, represented the British soldiers accused of murder in the Boston Massacre of March 1770. Like his Puritan forefathers, Adam had a pretty thick skin when it came to criticism. The reason he stirred such great dislike, as well as such great admiration was he saw the world in absolutes, and he never backed down when his beliefs were called into question. H viewed himself as a man capable of making just decisions.

Adams wanted to ensure that the soldiers–who were charged with firing into an unruly crowd of civilians in Boston and killing five people–received a fair trial. During the trial Adams presented evidence that suggested blame also lay with the mob that had gathered, and that the first soldier who fired upon the crowd was simply responding the way anyone would when faced with a similar life-threatening  situation. The jury acquitted six of the eight soldiers, while two were convicted of manslaughter. Reaction to Adams’s defense of the soldiers was hostile, and his law practice suffered greatly. However, his actions later enhanced his reputation as a courageous, generous and fair man.

In the First and Second Continental Congresses, Adams won the reputation as a man of great intellect and a sharp tongue, one to cut to the heart of a matter. Many of his fellow signers admired him for these qualities, but Adams was not so kind to them. In letters and his diaries, he wrote caustic summaries of many of his acquaintances. He noted that Thomas Nelson, Jr., was “alert and lively for his weight.” Of Edward Rutledge, he wrote that the man was “a perfect Bob-o-Lincoln,” also calling the man “a sparrow, a peacock,” and saying Rutledge was “excessively vain, excessively weak, and excessively variable and unsteady,” as well as “jejune, inane, and puerile.” He said of Benjamin Franklin, “He was master of of that infantine simplicity which the French call naivet[e], which never fails to charm.”

Adams was often vain and ill-tempered. He possessed what many called “enlightened arrogance.” We all know the type: the person who is always right and oblivious to their self-conceit. However, one of Adams’s redeeming qualities was his ability to permit others to lead (when it was his manipulation that placed them in the role). For example, he maneuvered Thomas Jefferson into writing the Declaration of Independence and Richard Henry Lee into proposing that America declare their independence. Adams was well aware that the Southern colonies were less inclined toward independence than was his beloved Massachusetts. What better way to pull them in than by placing two Virginians in the lead.

A letter dated 1822, recalls his “conversation” with Jefferson after the Virginian asked Adams’s reasons for not drafting the declaration. “Reason first, you are a Virginian, and a Virginian out to appear at the head of this business. Reason second, I am obnoxious, suspected, and unpopular. You are very much otherwise. Reason third, you can write ten times better than I can.”

Adams joined Franklin in France in an effort to persuade the French to assist the American cause against the British. But Adams’s Puritanical attitude was not well received by the French court. He did, however, convince the Dutch to lend the new nation five million guilders. He, along with Franklin and John Jay, help draft the peace treaty after the war ended.

Adams and his long-time friend Thomas Jefferson vied for to be the second president. Adams, a Federalist won, and as was the custom in those days, the man who came second in the voting became vice president. Jefferson was a founder of the Democratic-Republican party, and their earlier “friendly” nature turned sour.

The XYZ Affair was a political and diplomatic episode in 1797 and 1798, that marred Adams’s administration. It involved a confrontation between the United States and France that led to an undeclared war called the Quasi-War. The name derives from the substitution of the letters X, Y and Z for the names of French diplomats Hottinguer (X), Bellamy (Y), and Hauteval (Z) in documents released by the Adams administration.

An American diplomatic commission was sent to France in July 1797 to negotiate problems that were threatening to break out into war. The diplomats, Charles Cotesworth Pinckney, John Marshall, and Elbridge Gerry, were approached through informal channels by agents of the French Foreign Minister Talleyrand, who demanded bribes and a loan before formal negotiations could begin. Although such demands were not uncommon in mainland European diplomacy of the time, the Americans were offended by them, and eventually left France without ever engaging in formal negotiations.

The failure of the commission caused a political firestorm in the United States when the commission’s dispatches were published. It led to the undeclared Quasi-War (1798 to 1800). Federalists who controlled the government took advantage of the national anger to build up the nation’s military. They also attacked the Jeffersonian Republicans  for their pro-French stance, and Elridge Gerry (a nonpartisan at the time) for what they saw as his role in the commission’s failure.

The friendship between Adams and Jefferson deteriorated during this time. When Adams lost a reelection to Jefferson, the die was cast. Benjamin Rush was later to bring the two to a reconciliation, and from 1812-1826, Adams and Jefferson wrote long, philosophical letters forth and back. Ironically, the two died on the same day, 4 July 1826, the 50th anniversary of the vote for independence. Adams was in and out of a coma for much of the day. In a more lucid moment, he said, “Thomas Jefferson lives,” but he erred: Jefferson died several hours before Adams claimed death. John Adams was 90 years of age at the time of his passing. 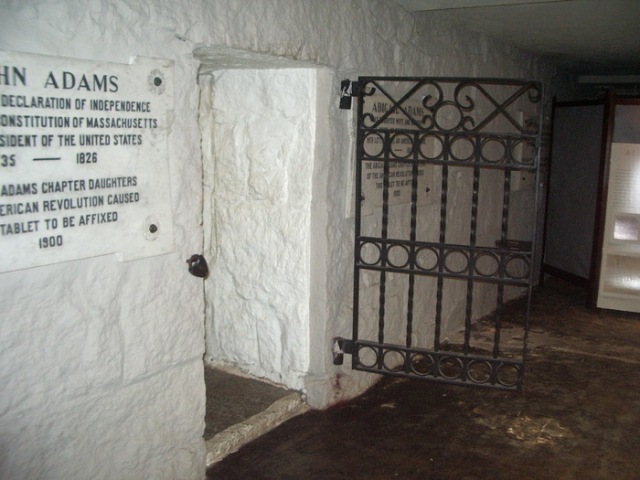 Rebels with a Cause video link

3 Responses to John Adams, American Founding Father and the “Atlas of Independence”