My Happy Dance…the Musical? Musing on Pride and Prejudice as a Broadway Show

I have been fortunate over the last couple of years to have several of my titles recognized with awards from various RWA groups.  My latest cozy mystery, The Prosecution of Mr. Darcy’s Cousin, has recently been named as a 2016 Runner-up in Historical Mystery for the Daphne du Maurier Award for Excellence in Mystery/Suspense. With each  announcement, I mentioned my “Happy Dance.” To understand my “Happy Dance,” one must have a knowledge of Zero Mostel’s performance as Tevye in Fiddler on the Roof ~ specifically, Mostel’s freestyle dance about the stage when he sang, “If I Were a Rich Man.” Of course, such “freedom” sets my brain to thinking, which is not always a good thing. For example, I wonder what songs would the characters in Pride and Prejudice break into if we were doing P&P as a Broadway musical? Do not throw your hands up in despair! Hear me out on this.

First know that I am aware that Lindsay Warren Baker and Amanda Jacobs brought to the stage, Jane Austen’s Pride and Prejudice, A Musical. In this production, Elizabeth Bennet and Fitzwilliam Darcy’s romance comes to life with fresh eyes as Jane Austen revisits her unpublished manuscript, First Impressions. As Austen transforms their story into what will ultimately become her masterpiece, Pride and Prejudice, both the author and her characters struggle to learn the joy of second chances.

I am also aware that First Impressions: A Pride and Prejudice Broadway Musical was one of the failures of the 1958-59 Broadway season, despite having Polly Bergen, Hermoine Gingold, and Farley Granger as its stars. Actually, Bergen had replaced Gisele MacKenzie at the last minute. In the role of Elizabeth Bennet, Bergen had but three weeks to learn the score.

In reality, my idea would be a mish-mash of my favorite Broadway tunes added to a dramatic format. Let me explain what I had in mind. Let us return to “If I Were a Rich Man.” Could you not envision the character of George Wickham breaking into song and belting out the following words:

“Dear God, you made many, many poor people. / I realize, of course, that it’s no shame to be poor./ But it’s no great honor either! /So, what would have been so terrible if I had a small fortune?”

I’d build a big tall house with rooms by the dozen, /Right in the middle of the town./ A fine tin roof with real wooden floors below. /There would be one long staircase just going up, /And one even longer coming down, /And one more leading nowhere, just for show. 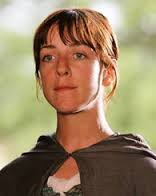 How about Charlotte Lucas and Jane Bennet joining together on “People” from Funny Girl?

From Charlotte Collins: People–people who need people/ Are the luckiest people in the world,

We’re children, needing other children/ And yet letting our grown-up pride/ Hide all the need inside, /Acting more like children ~ Than children.

From Jane Bennet: Lovers are very special people,/ They’re the luckiest people in the world.

With one person, one very special person/ A feeling deep in your soul/ Says you were half; now you’re whole./ No more hunger and thirst

/ But first be a person who needs people.

Can you not imagine a segue from Lambton to Pemberley with Elizabeth Bennet sharing her fears of meeting Mr. Darcy with “On the Street Where You Live” from My Fair Lady?”

I have often walked down this street before; /But the pavement always stayed beneath my feet before./All at once am I, Several stories high. /Knowing I’m on the street where you live.

Are there lilac trees in the heart of town?/ Can you hear a lark in any other part of town?/ Does enchantment pour Out of ev’ry door?/ No, it’s just on the street where you live!

People stop and stare. They don’t bother me./ For there’s nowhere else on earth that I would rather be./ Let the time go by, I won’t care if I/ Can be here on the street where you live.

I would not mind seeing Lydia Bennet rocking out to “Ease On Down the Road” from The Wiz.

‘Cause there maybe times / When you think you lost your mind/ And the steps you’re takin’/ Leave you three, four steps behind

But the road you’re walking/ Might be long sometimes/ You just keep on steppin’/ And you’ll just be fine, yeah

Don’t you carry nothing/ That might be a load/ Come on, ease on down/ Ease on down the road 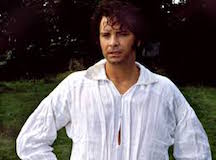 I can also imagine Darcy singing “One” from A Chorus Line when he discovers that he is heels-over-head in love with Elizabeth Bennet.

One singular sensation, every little step she takes/ One thrilling combination, every move that she makes

One moment in her presence and you can forget the rest/ For the girl is second best to none, son

Oooh! Sigh! Give her your attention / Do I really have to mention, she’s the one

How about Elizabeth giving her sister Jane a lesson in hope after Mr. Bingley leaves Netherfield by sharing the most famous pageant song ever written, “Tomorrow” from Annie?

The sun’ll come out Tomorrow/ Bet your bottom dollar/ That tomorrow, There’ll be sun!

Just thinkin’ about Tomorrow/ Clears away the cobwebs,/ And the sorrow, ‘Til there’s none!

I could also easily see the residents of Meryton, especially the unmarried females, breaking out into “Big Spender” from Sweet Charity when Darcy and Bingley make their entrance.

The minute you walked in the joint,/ I could see you were a man of distinction,/ A real big spender,

Good looking, so refined./ Say, wouldn’t you like to know/ What’s going on in my mind?

Hey, big spender, spend…/ A little time with me! 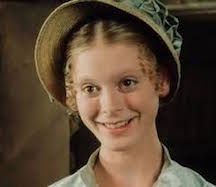 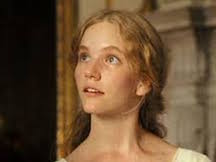 Could you also see Darcy looking at Georgiana and wondering when she had grown into a woman? I’m returning to Fiddler on the Roof and the haunting melody of “Sunrise, Sunset.” (I have taken the liberty to change the wording a bit to be only about a young girl.)

I don’t remember growing older/ When did she?

Wasn’t it yesterday when she was small?

Seedlings turn overnight to sunflowers/ Blossoming even as we gaze

One season following another/ Laden with happiness and tears 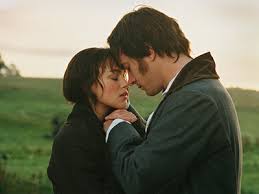 Finally, I would offer up “For Good” from Wicked as part of Darcy’s second proposal.

If we let them/ And we help them in return

Well, I don’t know if I believe that’s true/ But I know I’m who I am today/ Because I knew you

Like a comet pulled from orbit/ As it passes a sun

Like a stream that meets a boulder/ Halfway through the wood

Who can say if I’ve been changed for the better?

But because I knew you/ I have been changed for good

So, tell me what you think? Could my version of P&P, the Musical make it? What other songs might we add? Is there a future for other Austen productions?

The Scandal of Lady Eleanor (aka A Touch of Scandal): Book 1 of the Realm Series – 2011 Write Touch Readers’ Award, 2nd Place, Historical Romance

12 Responses to My Happy Dance…the Musical? Musing on Pride and Prejudice as a Broadway Show