George Clymer, Captain of the “Silk Stockings” and Signer of the Declaration of Independence 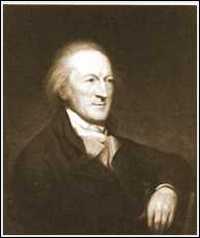 The Society of the Descendants of the Signers of the Declaration of Independence says, “A grandson of one of the original settlers of the Penn colony, George Clymer established himself as a major figure in both the struggle for independence and then the formation of a new nation. He is one of only 6 men who signed both the Declaration of Independence and the Constitution. He was an ardent and vocal advocate of independence from Britain and a tireless proponent of a strong, united central government – both views putting him in frequent conflict with the more cautious Quaker-led powers of the Pennsylvania colony.”

Orphaned in 1740, only a year after his birth in Philadelphia, Clymer lived with a wealthy uncle, who informally educated him and advanced him from clerk to partner in his mercantile firm. The uncle bequeathed the establishment to Clymer upon his death. He combined his firm with the Merediths, a prominent business family, and cemented the relationship by marrying his senior partner’s daughter, Elizabeth, in 1765.

Signers of the Declaration of Independence: George Clymer http://www.ushistory.org

The British economic restrictions on American trade affected his business; therefore, Clymer adopted the Revolutionary cause and was one of the first to recommend independence. Early on, he served on the Pennsylvania council of safety, and in 1773 headed a committee that forced the resignation of Philadelphia tea consignees appointed by Britain under the Tea Act. Clymer’s talents rested in financial matters. In 1775-76 he acted as one of the first two Continental treasurers, even personally underwriting the war by exchanging all his own specie for Continental currency.

From Signing Their Lives Away (Denise Kiernan and Joseph D’Agnest, Quirk Books, 2009, page 122, we learn, “In 1773, Clymer saw some service as captain in corps of volunteer troops nicknamed the ‘Silk Stockings,’ because so many of its members were from well-heeled, blueblood families. It’s unlikely they saw battle because the war had not yet begun, but they did use their military might to force local merchants to stop selling British tea.”

“During the war he served twice in the Continental Congress, chairing committees that addressed the various and pressing issues of maintaining a constant flow of materiel and food for the perpetually undersupplied army, often volunteering to make trips at great personal risk to ascertain first-hand the conditions on the battlefront when others refused to go. When, Congress left Philadelphia for Baltimore during the winter of 1776 in panic at the advance of the British, Clymer stayed as one of three [along with George Walton and Robert Morris] in an Executive Committee to ensure that the army was supplied and the government continued to function. Late in the war, as the army was running out of such basic stocks as flour, and the funds to resupply were not to be found, he was instrumental in chartering a bank to raise the money privately, a service that according to the Commissioner General of the Continental Army quite literally saved the army from dissolution.” (The Society of the Descendants of the Signers of the Declaration of Independence)

“During the War for Independence, Clymer served on a series of commissions that conducted important field investigations.  Within a year, after their victory at the Battle of Brandywine, Pa. (September 11, 1777), British troops advancing on Philadelphia detoured for the purpose of vandalizing Clymer’s home in Chester County about 25 miles outside the city. His wife and children hid nearby in the woods.

“After a brief retirement following his last term in the Continental Congress, Clymer was reelected for the years 1784-88 to the Pennsylvania legislature, where he had also served part time in 1780-82 while still in Congress. As a state legislator, he advocated a bicameral legislature and reform of the penal code and opposed capital punishment. At the Constitutional Convention, where he rarely missed a meeting, he spoke seldom but effectively and played a modest role in shaping the final document.

“The next phase of Clymer’s career consisted of service in the U.S. House of Representatives in the First Congress (1789-91), followed by appointment as collector of excise taxes on alcoholic beverages in Pennsylvania (1791-94). In 1795-96 he sat on a Presidential commission that negotiated a treaty with the Cherokee and Creek Indians in Georgia. During his retirement, Clymer advanced various community projects, including the Philadelphia Society for Promoting Agriculture and the Pennsylvania Academy of the Fine Arts, and served as the first president of the Philadelphia Bank. At the age of 73, in 1813, he died at Summerseat, an estate a few miles outside Philadelphia at Morrisville that he had purchased and moved to in 1806. His grave is in the Friends Meeting House Cemetery at Trenton, NJ.” (American History from Revolution to Reconstruction and Beyond)

Regina Jeffers is the award-winning author of Austenesque, Regency and historical romantic suspense.
View all posts by reginajeffers →
This entry was posted in American History, British history, Declaration of Independence and tagged American history, George Clymer, Pennsylvania, Second Continental Congress, signers of the Declaration of Independence. Bookmark the permalink.
Loading Comments...
%d bloggers like this: