Do You Remember? Ingrid Bergman’s Fall from Movie Royalty

This is second installment of my new series: Do You Remember? Tell me, do you recall the extramarital affair with nearly destroyed Ingrid Bergman’s career? What do you think of how this affair shook out? Does it change how you feel about the actress? Leave your comments below.

Bergman had once played the role of “Joan of Arc,” and in the court of public opinion she was “burned at the stake” for the scandal of her infidelity: Ingrid Bergman, wife and mother and beloved movie star, had begun an affair with the Italian avant-garde film director Roberto Rossellini, who was also married at the time. 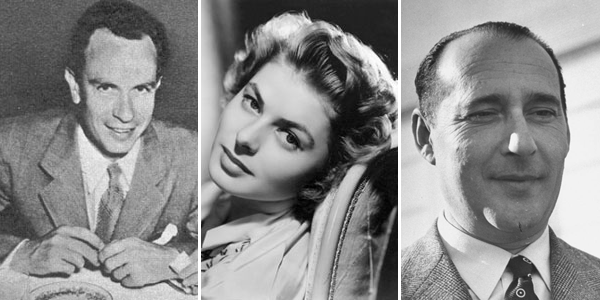 The Players: Lindstrom, Bergman, and Rossellini

Swedish-born Bergman had a married Petter Lindstrom, a much older dentist-turned-neurosurgeon, and had had a child, a daughter named Pia. She had attracted notice in several Swedish films, and David O. Selznick, the producer of Gone with the Wind, had flown to Sweden to bring Bergman to Hollywood to co-star with Leslie Howard in Intermezzo. (The Hairpin) Selznick assumed control of Bergman’s career, casting her in a series of box-office hits: Casablanca (1942); For Whom the Bells Toll (1943); Gaslight (1944), for which she won an Oscar; and Spellbound and The Bells of St. Mary’s (1945). In America, through her films, Bergman earned the reputation of the “virginal, good girl.”

After seeing Open City and prompted by Irene Selznick, “in the late ’40s, Bergman wrote an adorable letter to Italian Neo-Realist director Roberto Rossellini – a man known for womanizing…and wearing sunglasses when most people in America were still squinting into the sun.

Dear Roberto, I saw your films Open City and Paisan, and enjoyed them very much. If you need a Swedish actress who speaks English very well, who has not forgotten her German, who is not very understandable in French, and who in Italian knows only “ti amo,” I am read to come and make a film with you.  – Ingrid Bergman” (The Hairpin)

Rossellini cabled her: “I just received with great emotion your letter which happens to arrive on the anniversary of my birthday as the most precious gift. It is absolutely true that I dreamed to make a film with you…” (Memories, February/March 1989) Bergman and Rossellini met in Paris in 1948 to speak on her starring in Stromboli, the first of seven ill-fated films the pair would make together. 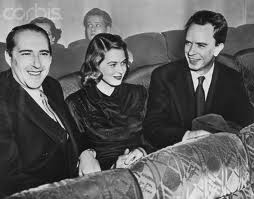 All seemed fine whe Rossellini, Bergman, and Lindstrom came together for the 1948 screening of the film. When Rossellini called upon the Lindstroms, Bergman put down a 30 foot red carpet before her house to welcome the director.

Immediately, Rossellini replaced his previous lover, Anna Magnani, with Bergman for the lead role in his next film Stromboli. Rumors say Rossellini had made a bet with a friend he could bed Bergman within two weeks. There are also reports that the affair started when Rossellini stayed with the Lindstroms in Hollywood, but the affair became more obvious once the pair was on set in Italy.

Bergman denied the rumors of a pregnancy to gossip columnist of the day, Hedda Hopper. Less than a week later, Hopper’s rival Louella Parsons confirmed the pregnancy. Hopper was so angry about being scooped by her arch rival that she lambasted Bergman often and most thoroughly in her columns. Ed Sullivan, who produced and hosted the biggest show on television during this time, refused to permit Bergman on his show. Denunciations came from the Vatican. The actress was also denounced on the floor of the U. S. Senate  by Senator Edwin C. Johnson of Colorado as a “powerful influence for evil.” He continued by saying, “If out of the degradation associated with Stromboli, decency and common sense can be established in Hollywood, Ingrid Bergman will not have destroyed her career for naught. Out of her ashes may come a better Hollywood.” (The Hairpin) Once the affair became public knowledge, Bergman was shunned by Hollywood and was “forced” to leave the United States. She also lost the rights to her only child, 10-year-old Pia. The international press followed Bergman and Rossellini everywhere, reporting of their “vacation” on a remote island off the Italian coast only two weeks after her arrival in Italy for filming. The contrast between Bergman’s husband Lindstrom, who was described as plain spoken, strict and religious, to the flamboyant, poised and charming Rossellini was the text of any good romantic affair. 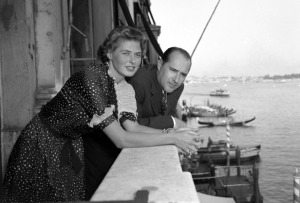 The 2 May 1949 issue of Life magazine ran a photo of the pair holding hands and the headline “Stombolian Idyl.” The Motion Picture Association of America reportedly cabled Bergman to warn her that her behavior would destroy her acting career. Instead of taking the caution to heart, Bergman and Rossellini flaunted their affair during the summer’s filming schedule. Lindstrom had no means of contacting his wife because of the lack of phones on the island. He learned of the affair in the newsprint. Lindstrom wrote his wife and begged her to show discretion, but she answered with words of finally discovering her love and her people. Years later, Bergman claimed her marriage was already in tatters before the affair began.

“As the attacks in the press and in Hollywood mounted, she concluded that she had to abandon her career, as well as her husband. At a press conference in Rome on 5 August, she released a statement: ‘Persistent malicious gossip that has even reached the point where I am made to appear as a prisoner has obliged me to break my silence and demonstrate my free will. I have instructed my lawyer to start divorce proceedings immediately. Also, with the conclusion of the picture it is my intention to retire from private life.” (Memories)

Unable to marry in Italy after her Mexican divorce, she and Rossellini married by proxy in Mexico on 24 May 1950, three months after Robertino had been born. Two years later, Bergman bore Rossellini their twin girls, Isabella and Ingrid. Between the two pregnancies, Stromboli was released to poor reviews and poor attendance. Rossellini would not permit her to take roles in the films of other directors, and so a string of forgettable flicks were produced. Bergman said of the period, “The world hated the Rossellini version of me, so nothing worked. It was something we did not talk about. But the silences between us grew longer.” (Brunette, Peter. Roberto Rossellini. Berkeley:  University of California Press,  c1996 1996. http://ark.cdlib.org/ark:/13030/ft709nb48d/)

Their marriage was annulled in 1956. Bergman then traveled to England to make Anastasia, a role which won her her second Oscar. In 1957, she won acclaim for her role in the Paris version of Tea and Sympathy. Bergman’s career was rekindled from the ashes. In 1958, she married Swedish producer Lars Schmidt. At this time, she permitted her children from Rossellini to return to their father in Rome. She won her third Oscar for best supporting actress in 1974’s Murder on the Orient Express. Bergman fought a courageous battle with breast cancer for eight years. She died on her 67th birthday on 29 August 1982. 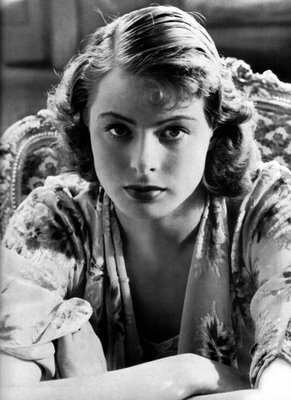 6 Responses to Do You Remember? Ingrid Bergman’s Fall from Movie Royalty